March 14 (3/14) is Pi Day, which honors the ratio of a circle’s circumference to its diameter. PiDay.org describes Pi, Π or 3.14 for short, as an “irrational and transcendental number” that will “continue infinitely without repetition or pattern.”

Last night, as part of a #PiInTheSky initiative, five synchronized AirSign airplanes started spelling out the constant over Austin, Texas, where SXSW, the music and tech festival, is taking place.

It is okay if the thought of Pi Day makes you crave savory and sweet pies. If you walk through the Mission district in San Francisco, you will find a pop-up called Pi-A-Palooza, selling pies shipped in from gourmet restaurants nationwide. TIME’s Business section has also rounded up other Pi Day celebrations nationwide this year, including Princeton’s weekend-long festivities honoring Pi Day, which also marks the birthday of Albert Einstein, who lived and worked there.

And in the past, MIT has published admissions decisions on Pi Day, and MSNBC’s Rachel Maddow Show has broadcast video of a student and inspiring math teacher at the University of New Mexico who can solve a Rubik’s Cube while reciting the number Pi and hula-hooping:

MORE: Why Everything Is Going to Cost $3.14 on Friday 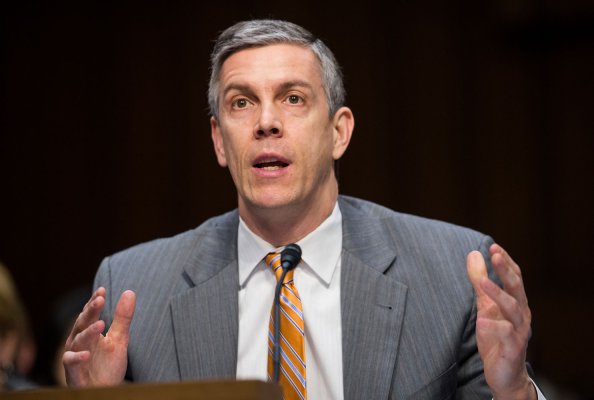 New Rules for For-Profit Schools
Next Up: Editor's Pick