A Cleveland police officer looks over bags of heroin at a news conference in Cleveland, Ohio, in 2010.
Amy Sancetta—AP
By Alex Rogers

The 2013 heroin-related death toll in Cuyahoga County in Ohio was a significant increase from 161 overdose deaths in 2012 and just 40 in 2007, Cleveland.com reports, and the latest example of what Attorney General Eric Holder on Monday called an “urgent and growing public health crisis.”

“It was my hope that 2013 would see the number of heroin fatalities decrease, but that was not the case,” said Dr. Thomas Gilson, the Cuyahoga County medical examiner. There were more heroin-related deaths than homicides.

Authorities across the country are confronting a resurgence in heroin, fueled partly by a larger, cheaper supply from Latin American cartels and a bigger market for opiates driven by prescription painkillers.

In his address earlier this week, Holder announced that the Justice Department would combat the epidemic through a mix of enforcement and treatment efforts. Heroin use has been rising nationwide since 2007, growing from 373,000 yearly users to 669,000 in 2012, according to the Substance Abuse and Mental Health Services Administration. Heroin overdose deaths have also spiked, increasing 45 percent from 2006 to 2010, according to the most recently available data from the Drug Enforcement Administration. 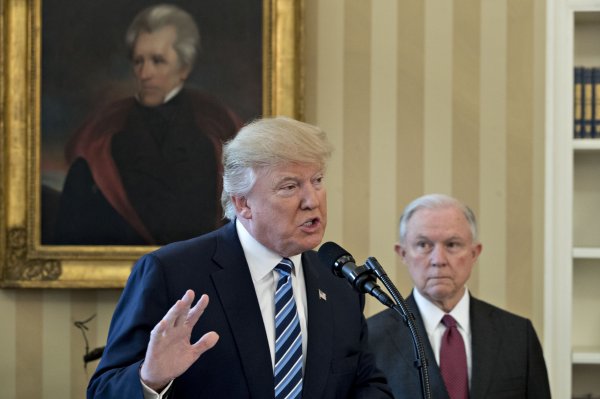 Trump's War on Drugs Is Catastrophically Wrong
Next Up: Editor's Pick