A report indicated Friday that Malaysia Airlines Flight 370 might have been deliberately flown off course when it vanished without a trace almost a week ago, as the search radius for the missing jet expanded once again amid conflicting reports and dashed hopes.

Reuters, citing unnamed sources familiar with the investigation into the disappearance, reports that military radar-tracking evidence suggests the Boeing 777 was deliberately flown across the Malay peninsula toward the Andaman Islands, a chain of isles between the Andaman Sea and the Bay of Bengal. An unidentified aircraft was apparently spotted following a route between navigational waypoints, indicating the pilot had considerable aviation training. The revelation has renewed questions about whether foul play was involved in the disappearance of a plane that was carrying 239 people from Kuala Lumpur to Beijing, and for which authorities have scoured the ocean for days to no avail.

“What we can say is we are looking at sabotage, with hijack still on the cards,” one source, a senior Malaysian police official, told Reuters.

Malaysian officials said Thursday that two communications systems on board the aircraft—the data reporting system and the transponder transmitting location and altitude—shut down 14 minutes apart. Some analysts claim this points toward a deliberate attempt to conceal the aircraft’s movements. But retired Colonel J. F. Josephs, an aviation accident investigator, said “this seems speculative and somewhat of a reach.

“You could choose to shut down both systems simultaneously, and it could just as well have been caused by an electrical failure,” he told TIME.

The U.S. Navy destroyer USS Kidd is currently cruising toward the Indian Ocean, the opposite direction of the ill-fated flight’s original route. Malaysian authorities have requested the vessel’s help there after it emerged that “pings” may have been picked up from the plane’s service data system up to five hours after its transponder emitted its last signal.

“Certain ships and aircraft stay in the east, and some go to the west,” Cmdr. William Marks of the U.S. 7th Fleet told CNN on Thursday. “We’re moving to the west.”

Marks said moving into the third largest ocean in the world will be like going “from a chess board to a football field.”

“It’s a completely new game,” he said. “Now we have to come up with a new strategy, new tactics.”

Josephs, who took part in locating the Air France flight 447 that crashed into the Atlantic in 2009, called it a “daunting task.”

“Even if you’re in the right grid coordinates, there are so many variables that affect the probability of detection,” he said. “The illumination, the sea stack, weather, salt. You could be able to see for millions of miles at an altitude, but at the surface you’re relying on acoustics equipment and looking through binoculars for hours at the time.”

Air traffic controllers lost contact with the plane, carrying 227 passengers and 12 crew, at about 1:30 a.m. Saturday. The jetliner had just reached cruising altitude of almost 35,000 feet and was located at the mouth of the Gulf of Thailand. No distress call was received. Twelve nations have become involved in a search and rescue operation involving scores of ships and aircraft, scouring an expanding area on both sides of the Malay Peninsula.

While U.S. officials told CNN that the Indian Ocean is a likely crash site, other facts continue to deepen the mystery. An electrical failure of the magnitude Josephs suggested would be a somewhat catastrophic scenario, which would likely also have impacted the pilots navigating capability.

“Some sort of failure that takes out communications would probably also take out navigation since the electronics are based in the same place,” said Bruce Rodger, an aviation consultant at Aero Consulting Experts, a company that provide litigators with expert material. “The pilots would have been inundated with smoke, have their masks on, basically flying blind until the gas runs out.”

However, Rodger added, a fire like that would probably take out other systems too, making it unlikely for the aircraft to stay airborne for as long as five hours. But any drastic deceleration of the aircraft would have set off the emergency beacon, which never occurred.

“It’s unusual that the emergency beacon didn’t go off,” Rodger said. “It could mean that the plane didn’t crash, it didn’t end up in the water or that an explosion completely annihilated the device.”

Both Josephs and Rodger said that with significant knowledge, it would be possible to shut down both the data reporting system and the transponder manually. A person savvy enough to do that would “absolutely” be able to fly to another location without being detected as well.

“It’s all very odd, but I’m not here to speculate,” Rodger said. “The aircraft will turn up eventually. Give it less than a week, and then we’ll be on our way to getting the answers.”

Most Popular on TIME
1
N.C. Supreme Court Rules on Racial Justice Act Hearings
2
Melinda Gates Lays Out Her Biggest Concern For the Next Phase of the COVID-19 Pandemic
3
Nearly Half of COVID-19 Cases May Be Spread Asymptomatically 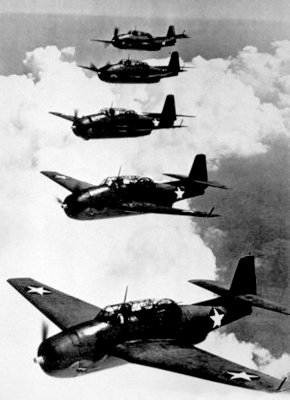