Four years after a massive oil spill in the Gulf of Mexico, the Environmental Protection Agency (EPA) cleared the way for the U.S. government to begin working again with BP.

According to a statement tweeted by the EPA this week, BP “agreed to safety and ethics improvements,” which prompted the reversal of the ban that had prevented federal agencies from contracting the multinational oil company.

“Today’s agreement will allow America’s largest energy investor to compete again for federal contracts and leases,” said John Minge, chairman and president of BP America, according to the AFP.

The ban had been imposed on the British company in 2012, after federal regulators concluded that BP had not effectively addressed the issues that led to the catastrophic oil spill two years previously.

The 2010 incident was the worst offshore oil spill in U.S. history, which resulted in the devastation of large swaths of American coastline from Florida to Louisiana after millions of gallons crude leaked into the gulf. 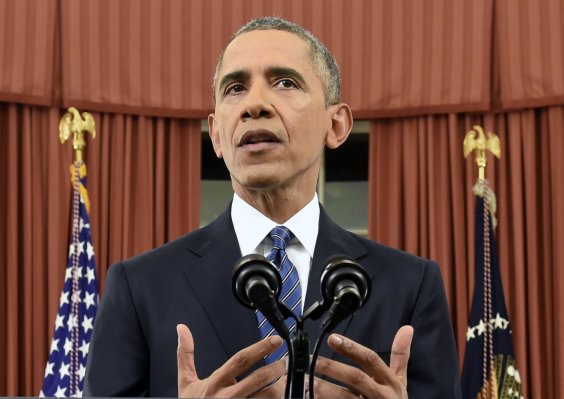 President Obama’s Other Oval Office Speeches
Next Up: Editor's Pick