Turns Out Now Is a Brilliant Time to Stop Working

Retirees are feeling more confident about their future than they have in years, new data show. Much of the optimism flows from last year’s heady stock market gains. But the prospect of higher bond yields, a popular source of income, is also part of the cheerier outlook.

Investors of all stripes are feeling more upbeat. A Wells Fargo and Gallup index measuring investor confidence jumped 48% in the first quarter, approaching levels last seen before the budget fiasco and partial government shutdown last summer. Most of the gain is attributed to a seven-fold surge in retiree confidence. Non-retiree optimism rose less than 10%.

Some 74% of retirees and pre-retirees say they feel positive or very positive about stocks, up from 62% a year ago, according to a survey by Ignites Retirement Research. Retirees in this survey also registered more optimism than those still at work.

The surge in hope follows a year in which the S&P 500 returned 32%, one of the best calendar-year gains in modern history. That gain repaired a lot of portfolio damage from the recession; it also lifted the spirits of retirees relying on dividend-paying stocks for income. It was the first reading of the Wells Fargo/Gallup index in nearly two years where retirees expressed more hope than non-retirees.

Some of the new optimism owes to the prospect of higher bond yields, pollsters say. Retirees have a growing feeling that interest rates will rise this year, and with that they will find it easier to secure income from short-term bonds, bank CDs, annuities and other fixed-income vehicles. That’s a surprising development because so far interest rates have not risen. In fact, after a short, sharp burst higher last spring rates have declined again, making income more difficult—not easier—to find.

Interest rate moves are the biggest factor in this calculation. Retirees are putting a lot of faith in something that has yet to materialize. Still, as the Fed winds down its stimulus package and the economy continues to recover, counting on higher rates and easier income would seem to make sense. 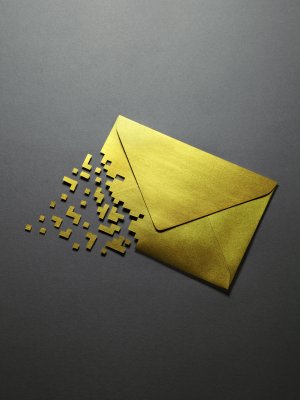 5 Email Mistakes That Are Basically Killing You
Next Up: Editor's Pick