In Defense of Having an Only Child: Yes, I Am That Selfish

I was never one of those women who dreamed of a house full of children running around while I coddled and cooed over them. In fact, I was never really one for young children at all. Despite all that, I still knew that I wanted a family that extended beyond my husband and me. So we actually took the steps in planning to get pregnant, which ended up taking a little longer than we anticipated. But I dutifully took my temperature every day and charted my cycles, and finally our little boy was conceived. It was worth it, and we were happy.

It was then, once my son was born, that I was able to start picturing the future, and it only ever involved the three of us: me, my husband and our son. The thought of having a second child entered our minds but only in a fleeting “do we have to?” sort of way.

Then it started. If I had thought that all the presumptive questioning (along the lines of “when are you getting married?” and “when are you having a baby?”) would stop once I was legally hitched and had popped out one kid, I was wrong. Once our son turned 2, the questioning began again. Only this time, they were less questions than they were opinions cloaked in concern.

“You’re going to have another one … right?”

“But who will he play with?”

And my absolute favorite:

“Who will help him take care of you when you’re older?”

Time after time, I heard that having a second child would really complete our family, as if we were somehow unfinished with just the three of us. When our son was still young, we got the “you might not want another one now, but when he gets older, you’ll be wanting a baby!”

Our son did get older, and we still didn’t want another baby. If anything, watching him grow up only solidified our desire to have just one. Not because it was hard but because we felt full and complete as a family of three. Friends, relatives and the occasional stranger still didn’t believe us, thinking they knew better than us about how we wanted to form our family. Some even considered us “selfish” for not providing a sibling for our son to grow up with. Once, somebody even had the audacity to ask me, “Just one? What’s the point?”

Our decision was not made lightly. My husband and I thought long and hard about whether we wanted to expand our family. But despite all the pressure we felt to expand, we decided we were perfectly happy and complete with our family of three.

There were a few folks that still didn’t believe we were serious. It got to the point where I almost photo-documented my IUD insertion just to show that yes, we are that serious!

Apparently we are also that “selfish.” I continued to hear that sentiment with each passing year after my son’s birth, from both people close to me and those who were not.

I’d be lying if I said those words didn’t hurt just a bit. For a while I mistook the hurt for having made the wrong decision. I would studiously watch families of four or more whenever we went out, trying to make sure I hadn’t glossed over something we were truly missing. I tried to better understand the feelings that bubbled to the surface as I watched young siblings play and laugh and share secrets together.

Countless nights I would find myself awake, lying restless in bed, trying to decide if I should march down to my midwife’s office the next morning, demanding she remove the IUD so my husband and I could begin working on kid number two later that night.

I would watch as my son delicately stroked the downy soft hair of a friend’s new baby, unable to take his eyes from the gurgling little person in front of him.

Were we actually being selfish?

Mother’s guilt crept in. The knowledge of my son’s birthday wish for a baby seemed to compound it, gnawing away at my heart and sitting heavy in my belly.

He clearly wants a sibling so much. How could you be such a heartless mother? Kids are a joy! You should have just one more. Everyone would be happier.

Only, I knew that wasn’t our truth. I knew we were already happy. And that he was also a truly happy kid, despite his wish. His life, and ours, wasn’t “less” because of not having more.

Regardless of what other people may feel about my choices, I’m not really all that selfish — just different. And that’s totally all right with me and my happy family of three. 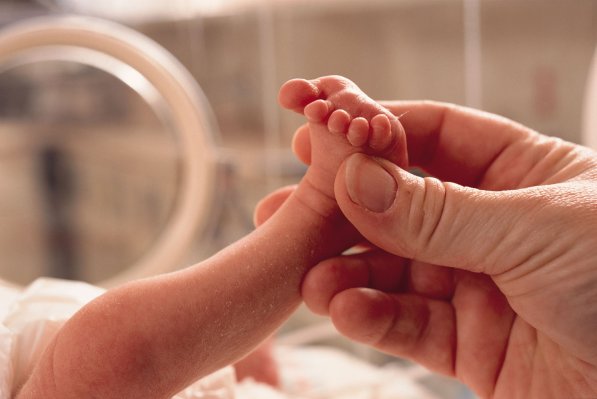 Premature Perfection: Why an Early Delivery Is Just as Good As Any
Next Up: Editor's Pick