The statement of the week on race worries me a little. I sense new waves of cognitive dissonance coming.

I refer to the Seattle Seahawks’ Richard Sherman, black, on the word thug. Commenting on the wave of online attacks directed his way after his controversial postgame TV interview, the outspoken cornerback said, “It seems like [thug] is the accepted way of calling somebody the N word nowadays.”

Sherman is correct that these days, a white person can object to a black person’s behavior as “thug” in public, when what they mean is that the behavior was not just offensive but offensive in a way associated, negatively, with black men. Of course no one puts it that way. But nobody calls, say, Justin Bieber a thug (or fighting hockey players, as Sherman pointed out). Why is there a particular word used when, say, someone like Sherman goes off on somebody?

To the extent that the N word as a slur is the same business — meaning that someone is offensive in a supposedly “black” way �� Sherman is right. A white person who uses the N word is roasted publicly for weeks, and so the word is out to hold back on that one. Yet whites do not perceive blacks the same way they do whites. As such, thug has quietly been recruited as the salty but suitable way of saying, “There one of them goes again.”

However, there’s more to this than what many people are going to make of it – namely, that white racism will eternally create slurs against black people and racism is forever.

For one thing, it’s not only whites who have a way of breaking out slurs referring to black people behaving in “certain ways.” There are black people who draw a line between “black people” and “niggers.” Need I even mention Chris Rock’s famous routine? Sure, he’s a comedian, but being a good one means tapping into real community sentiment. Claude Brown, black author of the underread autobiography Manchild in the Promised Land, about Harlem in the 1940s, once called nigger “the most soulful word in the world,” elsewhere recounting how as a youth he was “expected to kill a nigger if he mistreated me.”

And another problem is that there is a part of black America that likes the thug image in spite of itself. Yes, the technical definition is supposed to be, roughly, a criminal, a bad guy. But dictionary definitions are mere abbreviations of reality. Things get realer in the Urban Dictionary. The most popular definition there of thug is “someone who is going through struggles, has gone through struggles and continues to live day by day with nothing for them. That person is a thug, and the life they are living is the thug life. A thug is NOT a gangster.”

People who approve of a definition like that show that there is a positive element in people’s sensibilities as to what and why a thug is. That is clear in countless other ways. Beyoncé’s take on 50 Cent’s “In da Club” was “Sexy li’l thug.” If thug really just means “reprobate,” why is there such an expression as “thug love” at all? When R&B singer Aaliyah died, one fan eulogized her as both “classy” and harboring a dash of “thug image”.

So, just as among black people the N word is partly affectionate, thug has a positive aspect. There is major overlap between thug and swagger. That means that within the wider discourse thug is coming to occupy the same strange position as the N word. We’d like to condemn it as a slur when whites use it. But the grimy truth is black people use the word with a ticklish combination of disgust and pride. As long as a critical mass of black people think of the thug as someone who has the guts to “act up” — someone with what others might call cojones — then some whites will feel like they can use it without causing too much offense. Unsurprisingly, many of them will be in the macho world of sportscasting.

I’m not sure there’s any point in elevating thug as yet another word called a slur only when white people use it. We’re stuck with the endless misunderstandings this creates with the N word already. Adding another one will mean only twice the mess. 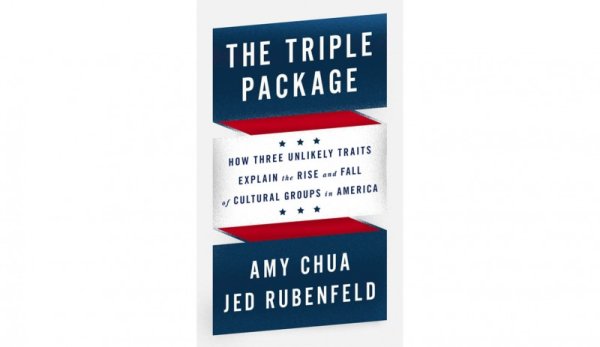 There's Nothing New About the New Racism
Next Up: Editor's Pick