Five Texan frat bros broke into San Antonio’s SeaWorld early Thursday morning not to free Willy, but rather to take after hours selfies with Shamu.

The University of Houston students scaled SeaWorld San Antonio’s fence at 2 a.m. to eat ice cream and take some selfies with the animals, WOAI reports. While no damage was done and the animals remain safe, the fraternity brothers are guilty of theft: They broke into a storage area to eat some “Dippin Dots.”

Although three of the men evaded arrest, Duc Thien Nguyen, 23, and Huy Quang Mai, 18, were charged with criminal trespassing and theft under $50. They are held at an $800 bond and will appear before a judge Wednesday.

There’s a #TBT not to remember. 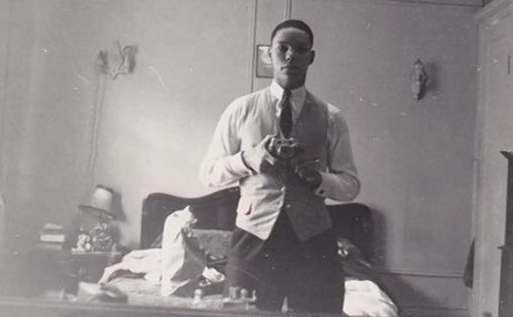 Colin Powell Took Selfies Before They Were Trendy
Next Up: Editor's Pick