Terry Crews arrives at the world premiere of Disney's "Muppets Most Wanted" on March 11, 2014, in Hollywood, Calif.
Charley Gallay—Getty Images
By Lily Rothman

If it feels as if Terry Crews is everywhere, that’s because he is: you can catch the 45-year-old actor in The Single Moms Club (in theaters March 14), on Brooklyn Nine-Nine (Tuesdays on Fox) and in the upcoming football flick Draft Day (out April 11).

He’s also, it turns out, a bit of a philosopher. Crews spoke to TIME recently, and here’s what we learned: Save it and sell it. If someone says you suck, that’s good. Don’t mess with a baby’s heart. Marriage takes work. Silence is bad. And much, much more…

TIME: You have some big entrances in The Single Moms Club. Did you get to improvise those?

Terry Crews: Totally improvised. No one knew that was coming.

Where did the idea come from?

I thought a character like Branson is a show-off. He’s got his photo on his truck, you know what I mean? And he’s in love. He’s got a crush. I said, ‘This is the kind of dude who does not mind making a scene.’ It felt right.

Do you identify with that urge to make a scene?

I am an official slow-roasted, honey-baked ham. Ever since I was a kid my thing is that I love attention. All my report cards are like, he would be wonderful but he just can’t stop being a clown in class.

Has that decreased with age?

Now I’ve learned to wait till I get a check to do it! My wife is like, You know, that’s really good, but why don’t you save it and sell it? I’m 45 years old and I finally learned to be calm until the light really is on you and they tell you to go.

Well, that embarrassment gene, I don’t really have a lot of it. When you’re talking about being a creative person, you face a lot of naysayers. I just learned that that comes with it. That’s the thing that stops people from doing things. When people feel that sense of judgment it stops all momentum. When somebody’s saying you suck or whatever, you’re probably doing something good.

Did you ever have to try as hard as your character does to get a date?

When I was a kid I didn’t have any girlfriends. I was a very nerdy-type dude. Believe me, being a ham does not turn girls on. When I was dating my wife, who was a single mom at the time, my oldest daughter, who’s now 27, was 6 months old. We were married when she was 2. I had to really prove that I wasn’t going anywhere. You’ve got to prove that you’re not going to mess around with her heart or the baby’s heart.

You also just wrapped this season of Brooklyn Nine-Nine, right? What was your favorite moment from the year?

There are so many, but I have to say there are certain spots that blow me away where they really used who I was and my character. The sleeping chin-ups scene, I thought, this has never been done, and I loved it. It’s work-out humor. The whole industry of fitness does not have a sense of humor — they’re very, very serious — and I think it really brings a difference. So the sleeping chin-ups thing was one of my favorite jokes.

Besides Brooklyn Nine-Nine, what are some of your favorite TV shows?

I work so much that it’s hard. Listen, I missed Breaking Bad. I never had time to get into it, and by the time it was the greatest show of all time I had missed three season. Here I am on the first episode and I’m like, man, I’m going to be here for three days. To be honest, Brooklyn Nine-Nine is the only show I’m into at the moment, because that’s what I’m doing.

My favorite artist right now is Kendrick Lamar. Rap Music, hip-hop has suffered so bad. You see a lot of people in it just trying to get money. The reason Kendrick stands out is he’s truly an artist every step of the way. When you hear the way he’s speaking about where he comes from and what he’s about, you go, this man is a total artist. This kid is the real deal. He’s bringing energy back to music itself. It’s not even just hip-hop. It’s music.

Have you read any good books lately?

I just read The Seven Principles for Making Marriage Work. To be married 25 years, you have to put as much energy as I put into being an actor or being a great football player into being a better husband and a better father. That book, I learned so much. Like, you think that because you’re arguing that something’s wrong with your marriage, but I learned that arguments are a good sign, because that means you’re communicating. It’s the silence that you don’t want. 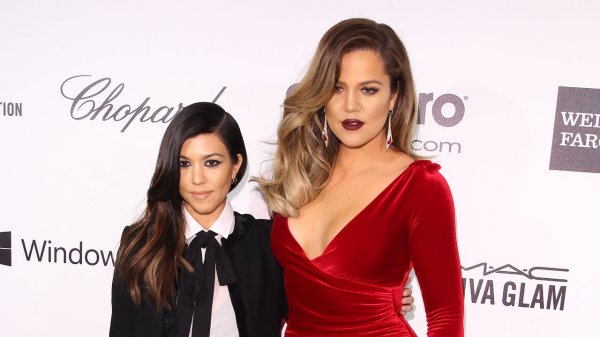 Police Probing Kardashian Burglaries for Link
Next Up: Editor's Pick