Songs of Peace and Protest: 6 Essential Cuts From Pete Seeger

Legendary folk singer Pete Seeger — who inspired countless musicians from Bob Dylan and Emmylou Harris to Bruce Springsteen and Tom Morello — died on Monday, Jan. 27, at the age of 94.

Throughout Seeger’s career, which spanned seven decades, he released more than 40 albums (including two in 2013). But Seeger wasn’t just prolific: He used his music to support a litany of political causes and movements, becoming known as a thoughtful and thought-provoking writer and performer of left-wing political anthems. Whether as a solo performer or as part of the groups The Weavers and The Almanac Singers, Seeger’s songs influenced several social movements of the 20th century, with many of his most famous songs centering on themes of war, labor rights and civil rights.

Despite battling censorship and charges of communism in McCarthy-era America, Seeger was able to push political folk songs into the mainstream, although he occasionally had help from other acts. The Kingston Trio version of Seeger’s anti-war song “Where Have All the Flowers Gone?” — sung in the clip above by Seeger himself — reached the Top 40 in 1962.

Here are just a few examples of Seeger’s pivotal songs that championed peace and change:

Seeger, along with Frank Hamilton, Guy Carawan and Zilphia Horton, adapted an old gospel song by adding lines and tweaking lyrics to produce the folk composition “We Shall Overcome” in the 1950s. (While those four hold the copyright to the version, Seeger later stated in interviews that other singers were involved in the creation of the song.) “We Shall Overcome” — with its focus on peaceful resilience — went on to become an unofficial anthem of the civil rights movement; it was often sung at rallies and protests by Seeger and other supporters.

“If I Had A Hammer (The Hammer Song)”

Written by Seeger and Lee Hays in 1949, “If I Had A Hammer” wasn’t a hit initially — but its defiantly progressive lyrics caught on over a decade later: Peter, Paul and Mary’s 1962 version of the song hit the Top 10.

Written in 1941 by Seeger, Millard Lampell and Lee Hays, who were all part of the group The Almanac Singers, “Talking Union” was an almost literal guide to union-building. The workers’ rights anthem was released on The Almanac Singers’ 1941 album of the same name, which the Library of Congress thought significant enough to add to the National Recording Registry in 2010.

“Waist Deep In The Big Muddy”

Seeger wrote this anti-war song in 1967, when many Americans were beginning to strongly question the war in Vietnam. With its lyrics about a platoon being led into danger by an ignorant captain, the song’s anti-war message was obvious — the line “the big fool said to push on” is repeated several times. The song’s place in history was cemented after a television show attempted to censor Seeger’s performance of it; the New York Times writes that Seeger “performed the song during a taping of The Smothers Brothers Comedy Hour in September 1967, his return to network television, but it was cut before the show was broadcast. After the Smothers Brothers publicized the censorship, Mr. Seeger returned to perform the song for broadcast in February 1968.”

Taking lines from the Book of Ecclesiastes, mostly word for word, Seeger set them to music in the late 1950s to create, “Turn! Turn! Turn! (To Everything There Is A Season).” Apart from the “Turn! Turn! Turn!” in the chorus, the only words Seeger added to the song was the last phrase in the closing line: “A time for peace, I swear it’s not too late.” That addition marked the song as a peace anthem and the song found chart success when The Byrds released their version in 1965 — it reached the top of the Billboard Hot 100. 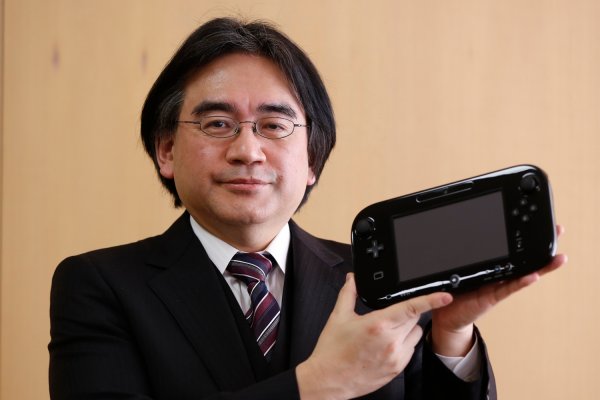 No, Nintendo Isn't Putting Its Games on Smartphones
Next Up: Editor's Pick