Construction workers stand on a street corner at the financial district of Pudong in Shanghai on March 11, 2014
Carlos Barria—Reuters
By Michael Schuman

As Chinese Premier Li Keqiang held his annual press conference at the close of the National People’s Conference, economic writers like myself were waiting for any clues about where Beijing’s policy team is heading on reform. To say this is a real press conference is something of an overstatement — like all government events, it is stage-managed, with all questions carefully vetted and selected in advance. But it is still a rare opportunity to at least hear directly from the otherwise unapproachable Chinese leadership. And though Li offered few details (as usual) and his language was vague (as usual), he did indicate that the government’s attitude toward the economy is changing in extremely important ways for the nation’s future.

Here we can find good news in the Premier’s bad news. The substance of Li’s comments suggested that China is heading for a rough patch, but he and his policy team are not going to pump it up at all costs. “We are not pursuing GDP growth alone,” he declared. This is an especially meaningful statement. In the past, China’s government felt compelled to supersize growth rates as soon as the economy showed any signs of faltering, as they did after the 2008 global financial crisis. But that has led to all sorts of problems for the economy — rising levels of debt, a shaky financial system and unhealthy excess capacity. Economists almost universally agree that Beijing has to start balancing its desire for growth with tough reforms to fix the negative fallout from that growth. In that way, China’s economy would be set upon a more stable future.

Li indicated that the days of blindly building GDP are over. Though he confessed that “China’s economy still faces severe challenges this year,” he went on to admit that “the space for wielding fiscal and monetary policy has limits, and [macroeconomic] regulation certainly faces many hard choices.” Instead, Li acknowledged that the economy has serious problems that must be addressed — terrible pollution, too much debt, inefficiency — and that the government needs to strike a balance between ensuring economic expansion and repairing its weaknesses. “We need to face up to the difficulties and challenges and make the most of the favorable conditions,” Li said. “Only a sharpened ax can cut through firewood.”

However, the question he left open is: How sharp is his ax? Li’s prudent comments are exactly what economists and investors want to hear — that Beijing will start to prioritize reform to set the stage for healthier growth rather than sacrificing everything for growth. Yet how committed are they to that course? Some economists are forecasting growth rates well below the government’s 7.5% target. How far will Li and his team allow growth to slip? Li left open the possibility that the government would jump in. “The acceptable lowest limit of GDP growth needs to ensure enough employment and that people’s incomes are increasing,” he said.

If the economy continues to slow over the course of 2014, Beijing may have to make a difficult choice — growth or reform — that will likely shape the direction of the economy for years to come. So, as usual, Li told people what they wanted to hear. We’ll have to see if he means it. 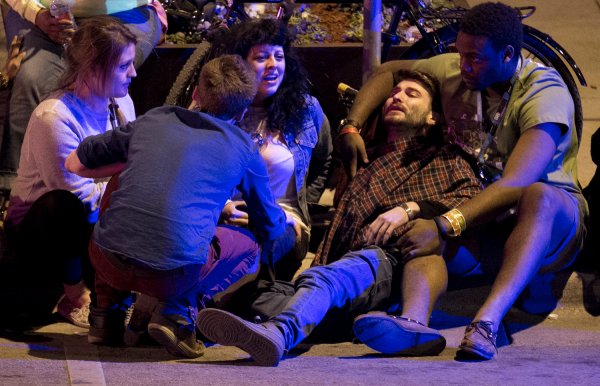 Two Killed After Car Plows Into SXSW Crowd
Next Up: Editor's Pick