A baker poses with a marzipan mosaic of Queen Elizabeth II at Konditor and Cook in London on May 3, 2012.
Olivia Harris / Reuters
By Andrew Katz

Advisers to Queen Elizabeth II have widely overspent and failed at controlling her finances, according to a parliamentary committee report issued this week. The queen’s reserve fund sank from more than $58 million in 2001 to a “historic low” of $1.6 million at the end of last year.

The Queen’s household overspent her annual budget of $51 million by about $3.8 million last year. The imprudent courtiers were advised to take money-saving tips from the Treasury, the government’s finance ministry.

The House of Commons Public Accounts Committee noted that the royal palaces were “crumbling,” the Daily Telegraph reports, and said the Treasury needed to “get a grip” to help the royal household protect them from “further damage and deterioration.”

Windsor Castle and Buckingham Palace are reported to be below “acceptable condition,” said Margaret Hodge, the committee’s chairman, and more cash is needed to address serious maintenance issues with at least 39 royal buildings overall.

“We believe that the Treasury has a duty to be actively involved in reviewing the household’s financial planning and management—and it has failed to do so,” she added.

Correction: The original version of this story misstated the amount left in the Queen’s reserve fund. 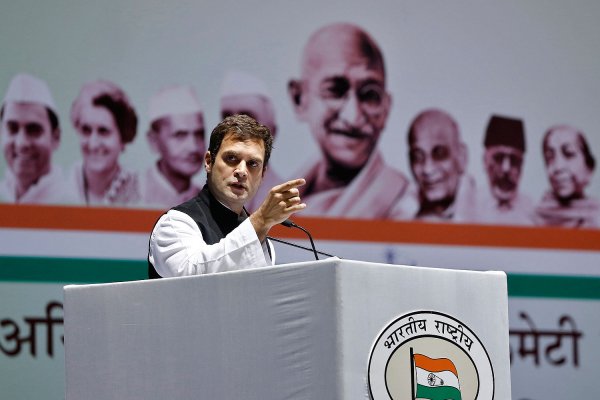 Rahul on Rahul: Indian Voters Get a Prime-Time Look at Congress' Main Man
Next Up: Editor's Pick