A Kansas City woman called police over the weekend after finding what she suspected might have been a hidden camera in her apartment, but turned out to be much worse.

Police uncovered 11 hidden cameras throughout her home hidden in false smoke detectors and pinholes, including two directed at the toilet and two at the shower, according to the Kansas City Star. Others were found in the living room, hallway and the woman’s bedroom. All were connected to wires leading into the building’s basement, where they connected to a computer monitor featuring seven video screens.

The woman, whose name was not published by the Star, first became suspicious when her friend and co-worker noticed that one of her smoke detectors resembled hidden cameras disguised as smoke detectors he’d seen in the basement of Freaks Tattoo parlor, where they were both employed. The victim said her landlord, who is also her boss, made romantic advances toward her in the past that she declined. The landlord, she said, remodeled her bathroom in October while she was away.

The woman has moved out of the apartment and declined to comment further on the case. Sgt. Lionel Colon of the sex crimes squad told the Star about the prevalence of this type of crime, “I’m sure it’s a lot more frequent than we know.” The paper did not say if the landlord had been contacted for comment. As of Wednesday no arrests had been made in the case. 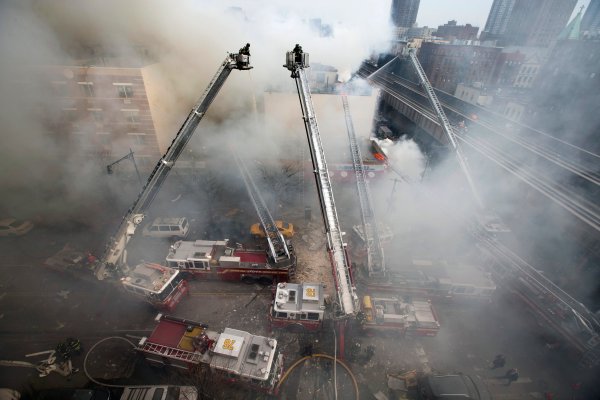 Our Gas Infrastructure Is Getting Dangerously Old
Next Up: Editor's Pick