The coffin of Berkin Elvan is carried on March 11, 2014, in Istanbul. Berkin Elvan, who has been in a coma since June 2013 after being struck in the head by a gas canister during a police crackdown on protesters, died earlier on the day.
Bulent Kilic—AFP/Getty Images
By Piotr Zalewski / Istanbul

Barricades smoldered. Stones and debris littered the streets. Protesters stumbled into shops, cafés and private apartments to flee clouds of tear gas, while parts of Istanbul’s city center resonated with the sound of pitched battles between demonstrators and riot police. The scenes that played out in Turkey’s biggest city on Wednesday didn’t just remind its residents of last summer’s anti-government protests; they also reminded many of them that the grievances that fueled those protests, far from fading away, had since multiplied.

Technically speaking, the unrest that erupted last June, which began in downtown Istanbul and spread across Turkey, had never come to a complete halt. Over the past months, neighborhoods in a number of western Turkish cities, including Istanbul, Izmir and Ankara, have seen demonstrations against the government of Prime Minister Recep Tayyip Erdogan on a regular basis, albeit on a much smaller scale.

The event that sparked Wednesday’s protests, the latest and biggest since last summer, was the death of a boy.

On June 16, at the height of the Gezi Park clashes, Berkin Elvan, 14 at the time, stepped out of his house in Istanbul’s Okmeydani district to buy bread from a nearby store. Moments later, he was struck in the head by a police tear gas canister fired at close range.

This Tuesday, after 269 days in a coma, having withered away, he died. His bodyweight had dropped to 35 pounds.

On Wednesday, the day of his funeral, tens of thousands of people swarmed a wide avenue in Istanbul’s Sisli district to accompany the young man’s coffin to a nearby cemetery. Some of the mourners carried carnations, others brought along pictures of the smiling, unibrowed Elvan. A few carried loaves of bread: one man had inserted a tear gas canister into his.

Last summer’s chants mixed in with those borne of a more recent political crisis. “Killer police,” yelled some protesters. “Thief,” others shouted, alluding to a corruption scandal that first boiled to the surface in mid-December, ensnaring Erdogan and a number of government ministers in the process.

As the cortège moved through Sisli, a stronghold of the main opposition party, en route to the cemetery, women leaned out of neighboring buildings, banging on pots and pans. Passersby applauded. Banners of the ruling Justice and Development Party (AKP), prepared ahead of the coming local elections, lay on the ground, some of them set aflame.

On the side of the road, surrounded by a flock of photographers, stood Sirri Sureyya Onder. A politician from a small leftist party, Onder had become one of the leading figures in last year’s protests after standing his ground against a bulldozer dispatched to clear trees from Gezi Park. He had come, he said, to proclaim “the savage killing of a defenseless child cannot go unpunished.” Of Erdogan, he simply said, “He will be judged.”

In recent days, Turkish President Abdullah Gul and a number of government ministers had expressed their condolences to the Elvan family. Erdogan has yet to do so.

Justice Minister Bekir Bozdag said an investigation had been launched into the young boy’s death. “Whoever is responsible for the young boy’s death or whoever was negligent in the series of events that led to his death will be revealed,” he said. But a statement issued on Tuesday by Human Rights Watch complained that “no effective investigation” had been carried out into Elvan’s killing “or for the serious head injuries incurred by dozens of others.”

The Wednesday protests were to claim their own victims. Late at night Turkish media reported that Ahmet Kucuktag, a police officer, had died of a heart attack induced by tear gas at another protest in the eastern province of Tunceli. Another man was killed in armed clashes between residents and protesters in Kurtulus, an Istanbul neighborhood.

On the way back from Elvan’s funeral, with police squadrons blocking the road leading to the main city square on which the mourners intended to march, clashes broke out. Amidst a hail of tear gas and rubber bullets, people scrambled to find shelter in shops and apartment buildings. A young woman ran into the lobby of a residential building, reeling from the effects of the tear gas, and passed out. On the other side of the street, a group of people huddled inside a kebab shop. Outside, men wearing gas masks lobbed stones at the riot police. Flames rose from behind barricades.

About a mile south, police trucks mounted with water cannons roared up and down Istiklal Avenue, the city’s main promenade, sending protesters and dazed tourists alike scurrying into the side streets. Every once in a while, the police came under a hail of rocks, bottles and fireworks. A waiter, his eyes red from the tear gas, commiserated with the mourners, he said, but complained that a new wave of protests threatened to ruin his restaurant and other businesses in the neighborhood.

Yildiray Yilmaz, a shopkeeper in his 40s, a white surgical mask dangling from his left ear, stormed down the street, stopping in front of every group of riot police he encountered. “Don’t be the AKP’s police, you’re supposed to be the people’s police,” he yelled at them. “They may be gone one day, but we’re here to stay.” 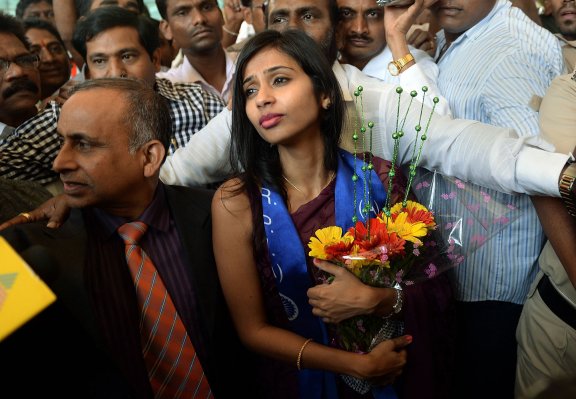