A U.S. federal judge on Wednesday dismissed charges against an Indian diplomat whose arrest and strip-search sparked public outcry in India.

In the original indictment, prosecutors alleged Devyani Khobragade fraudulently obtained a work visa for her maid and lied on an official document about how much the maid was paid, the Associated Press reports. Prosecutors allege the maid was compensated less than $3 per hour.

“The judge did what the law required, and that is: that a criminal proceeding against an individual with immunity must be dismissed,” the diplomat’s attorney said. “She’s (Khobragade’s) hugely frustrated by what has occurred. She is heartened that the rule of law prevailed.”

After her arrest Khobragade complied with an order from the State Department that she leave the U.S. A U.S. diplomat was subsequently withdrawn from India at that country’s request. 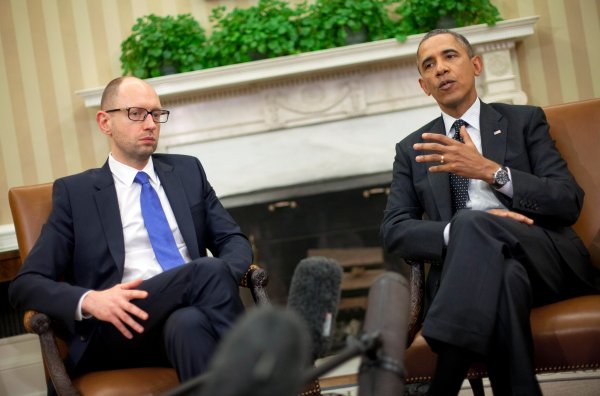 Obama: We Stand With Ukraine
Next Up: Editor's Pick