It's About Time for Google's Nexus Line to Go Away

There’s a rumor going around today that Google will terminate its “Nexus” brand of hardware some time next year.

The source is Russian blogger Eldar Murtazin, who says Google will concentrate on Google Play edition devices after releasing a few more Nexus products, and will rebrand the entire hardware effort in 2015. Murtazin’s track record is not exactly spotless, but the rumor is still worth considering. The Nexus brand has become irrelevant, and the product line itself is running out of reasons to exist.

Over the years, the Nexus line has served three main purposes, some of which overlap:

The first purpose is no longer served by Nexus devices alone, thanks to “Google Play editions” of existing phones and tablets such as Samsung’s Galaxy S4 and LG’s G Pad 8.3. Nexus devices once represented a cheaper option for pure Google devices, but this is already changing due to advancements in low-end hardware. The Google Play edition of Motorola’s Moto G, for instance, sells for $179, which is $170 less expensive than the Nexus 5. As long as Google Play editions cover a wide range of prices, enthusiasts won’t need Nexus devices.

Shaking up the subsidized phone market was a noble goal, but one that Google could never accomplish on its own. If you’re a smartphone user in the United States, and you don’t regularly take your phone abroad, you’re almost always better off with a $200 phone and a two-year contract than a $300 phone and no contract.

The big exception is if you’re able to get cheaper wireless service by paying full price for the phone. T-Mobile has offered this subsidy-free option for some time, but only recently started structuring its core business around it with installment-based payment plans. In other words, it’s T-Mobile that did the disrupting, not Google. As its subscriber numbers grow, we’ll surely see more solid mid-range phones that allow for lower monthly service bills, with or without Google’s involvement.

Google’s third goal with Nexus was to sell low-cost, pure Google devices to mainstream customers. The idea was that users would be lured to the cheap hardware, and subsequently get hooked on Google content and services. It’s a strategy that applies more to tablets such as the Nexus 7 and Nexus 10 than to smartphones, because there are no subsidies or carrier partnerships to get in the way.

These devices have been, at best, a small-scale success. Sales of Google’s Nexus 7 tablets are reportedly in the millions, but usage in North America trails far behind tablets from Apple, Amazon and Samsung. The Nexus 7’s combination of decent tech specs and low prices was novel in 2012, but not any more as all tablet prices have fallen drastically. Meanwhile, it’s clear that the vast majority of price-conscious users don’t care whether a device is “pure Google.”

Android enthusiasts care, but that brings us back to the first point, and the expanding availability of Google Play edition phones and tablets. As long as we see a greater selection of these devices at reasonable prices, the loss of Nexus devices isn’t so tragic.

The one thing that potentially gets lost if the Nexus program goes away is Google’s design influence. Asus chairman Jonney Shih has talked about how the company was pushed to its limits by Google while creating the second-generation Nexus 7 — and it shows in the finished product. But if Google can provide a big enough stage for what it believes is the best Android hardware, perhaps vendors will do a better job of pushing themselves.

In any case, the Nexus brand name itself is due for retirement, because it communicates nothing about the product to those who don’t already know its meaning. “Google Play edition” is closer to the mark, but still a bit wordy. Whether or not this rumor pans out, a single product line with a sharper focus makes plenty of sense. 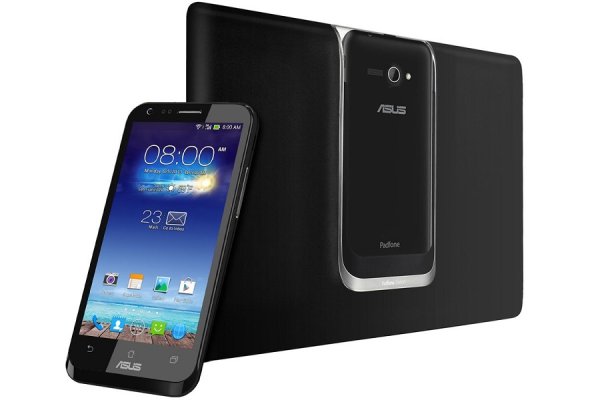 Asus Gets Boozy, Names Padfone After a Whisky
Next Up: Editor's Pick