According to PandoDaily, Google will snag some of Green Throttle Games’ employees, including co-founders Matt Crowley and Karl Townsend. Green Throttle’s other co-founder, Charles Huang, will retain the rights to the existing business, which is more or less defunct. Other terms of the detail were undisclosed.

Green Throttle sold a Bluetooth game controller that works with Android devices and Amazon’s Kindle Fire HD tablets. The company also offered an app, called Arena, that helped users find and play controller-supported games. The idea was that you’d plug your tablet into a television via HDMI, effectively turning it into a low-end game console.

But in November, Green Throttle gave up on that idea and removed the Arena app from Amazon’s and Google’s stores. The controller is, strangely, still available, but at this point it’s no different than any other Bluetooth Android controller on the market.

There are a few different theories for why Google wanted to acquire Green Throttle’s remnants.

Pando posits that Google could use gaming as an anchor for its own rumored set-top box–an idea we’ve certainly heard before. The acquisition, according to this theory, “revolved around helping enhance its potential controller’s Bluetooth powers.” I’m skeptical of that claim; while I haven’t used Green Throttle’s controller, I’m not aware of anything special about its Bluetooth capabilities.

The Verge, meanwhile, wonders if the acquisition has more to do with talent:

That makes a little more sense, though I’d point out that Nest and Boston Dynamics are both cutting-edge companies that were poised for success even without Google. Nokia, Palm and Green Throttle were all flailing before being pursued by Microsoft, HP and Google, respectively.

So here’s my (completely speculative) theory: With Green Throttle’s “parts and labor,” as Pando put it, Google could finally get serious about controller-based gaming, not just on its own TV set-top box, but on a wide range of devices.

I’ve said before that controller-based Android gaming is sort of a Wild West, with multiple protocols, designs and companies competing to establish themselves as the de facto standard. Google hasn’t contributed much to these efforts, and at the moment doesn’t offer an easy way to find controller-supported games through the Google Play Store. Helping developers add controller support, and helping players find those games, is exactly what Green Throttle did.

Meanwhile, a lot of companies that started selling Android-based microconsoles last year–including Ouya, GameStick and GamePop–are shifting away from hardware-centric business models. Instead of selling a single product, they’re trying to offer a platform for other companies’ televisions and set-top boxes. Perhaps that’s the wiser strategy, but it’s one that Google might have better luck at, due to its considerable resources and existing app store.

Sure, Google already tried and failed once at that strategy with Google TV, but it’s having more success with Chromecast, and plans to eventually bring Chromecast capabilities to more televisions and set-top boxes. It’s not hard to imagine a gaming element down the road (and some Android developers are already toying with the idea). On some level, connecting phones, tablets and televisions is what Green Throttle was trying to do–only Google has managed to remove the wires. 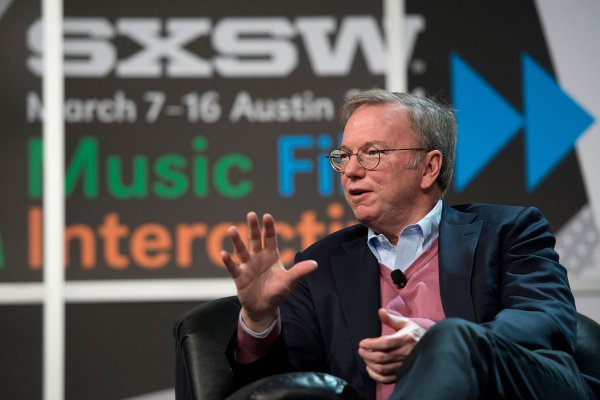 Google Exec: 'Pretty Sure' Your Data Is Safe
Next Up: Editor's Pick