People rarely find themselves looking at a picture of an objectively attractive celebrity and think, Wow, it must be really hard for you to find a date. But lo and behold: It turns out that Tinder, the dating app that has made it significantly easier for the normals to get some, has actually posed problems for famous people.

“We’ve had celebrities reach out to us frequently throughout the last year, sort of calling out various frustrations convincing users that they were actually who they are,” co-founder Sean Rad tells TIME. “One impediment is that sometimes their Facebook accounts, which we pull information from, includes different names than their actual likeness… So [celebrities] were asking for the ability to modify their Tinder name and maybe have a verified badge.”

Rad had his first concerned celebrity reach out about having difficulty convincing matches of his real identity two months after the app launched in Fall of 2012. “It was awesome [to know celebrities are on Tinder] because it sort of validated our theories that everyone, even people of influence, need help forming relationships,” Rad says. “It’s important to us that our users know we are committed to authenticity on every level.”

On a much smaller scale, Rad and his co-founder Justin Mateen know how difficult it can be to convince Tinder matches of their real identities. For a period of time, the two men listed themselves as the app’s co-founders in their Tinder profile tagline.

“No one believed us, they thought it was lying and say ‘funny joke loser,'” Mateen said in a past interview.

Mateen wants a verification — the honor might not only be bestowed to Hollywood A-listers but also recognizable leaders in other arenas — but, “we haven’t decided if he qualifies yet; his account is in review,” Rad says. “This isn’t something that we are going to loosely hand out.”

Even though Rad won’t disclose which celebrities are having dating app issues due to Tinder/Tindee confidentiality, he assures TIME, “These are A-listers.” Sochi athletes admitted to using Tinder during the Olympics, and other celebrities have opened up about the app to the public. Lindsay Lohan, for example, let her Instagram followers know that she found her brother on Tinder:

So now you’ll know that that Lindsay lookalike is actually Lindsay. Whether you swipe left or right is up to you. 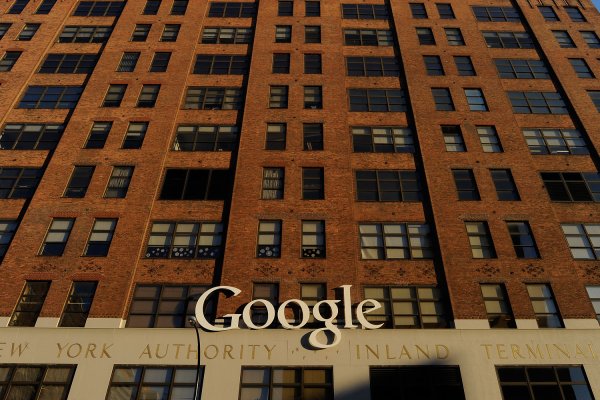 Google Will Pay You $15 for Each Business User You Get Hooked on Google
Next Up: Editor's Pick