Blessed are the geographically accurate cheese makers. In an attempt to defend and expand its piece of the growing global cheese market, the European Union wants the United States to ban the use of certain cheese names that have become ubiquitous for consumers.

The proposal, part of ongoing E.U./U.S. trade talks, would ban American cheese makers from using terms like parmesan, asiago, feta, gruyere, gorgonzola, fontina, romano and others that refer to European regions from which those cheeses originate. Domestic cheese producers would be forced to drop those names and rebrand their products, potentially ceding a major edge to their European competitors in booming international markets like Asia.

“It’s a clever trade barrier,” says John Umhoefer, executive director of the Wisconsin Cheese Makers Association. “There would be a lot of uphill work to do for cheese makers to convince consumers that their ‘salty white cheese in brine’ is feta. They would have to market it all over again.”

The widespread usage of European names has been an issue since the mid-1990s, when the E.U. released its geographical indication registry, which sought to restrict some category names to the regions most associated with them, like Scotland and Scotch whisky or France’s Champagne region for the eponymous sparkling wine. In 2012 the E.U. further shored up its exclusive claim to certain foods when it signed a free trade agreement with South Korea that blocked feta cheese made outside of Greece and asiago, fontina and gorgonzola made outside of Italy from being sold in South Korea.

“That was certainly a big wake-up call for us,” says Shawna Morris, senior director for the Consortium for Common Food Names, a Washington lobbying group formed by U.S. milk producers and dairy exporters to fight the E.U. proposals. Morris says her group is focused on what she believes is E.U. overreach against U.S. suppliers and products they’ve been making for decades. “We simply think it’s ridiculous to decide after so many years that they can no longer use these names.”

The stakes aren’t paltry. Last year, the U.S. cheese industry brought in $22 billion and produced 11 billion pounds of cheese, according to the Wisconsin Cheese Makers Association. ($10 billion of that is in Wisconsin alone.) Barring U.S. cheese makers from exporting feta or parmesan would give Greece and Italy an opportunity to step in. Marin Bozic, an assistant professor of dairy foods marketing economics at the University of Minnesota, says a deal would not only give Europe a non-price advantage in foreign markets, where American cheese exports are booming, but would affect domestic consumers, too.

“People will be confused,” Bozic says. “But the problem is that those names don’t indicate origin. They indicate method of preparation. When you order Greek feta, you don’t expect that it’s feta from Greece. You just expect feta.”

Consumers have come to understand these names as representative of a type of cheese rather than rooted in a certain place, Bozic argues. “It’s not adding anything for consumers. There’s nothing about Greek feta that would make it taste superior. It’s a common food name and reverting back 50 years is no solution. It’s going to be a hard fight, but I don’t see the U.S. relenting on this topic. I think the E.U. would have to make real concessions in other fields to make it beneficial for the U.S.” 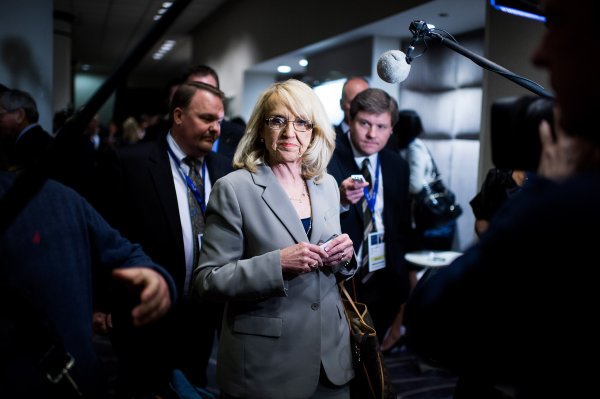