“Dan Sullivan is a fiscal conservative with a stellar track record in Alaska,” Chris Chocola, president of the Club for Growth, said in a statement. “Dan has fought for pro-growth tax reform, taken on Obamacare in court, and beaten back federal overreach by Obama’s EPA.”

The coveted endorsement gives Sullivan a leg up in a crowded Republican primary which also includes the state’s lieutenant governor, Mead Treadwell, and the party’s 2010 Senate nominee, Joe Miller. The battle to beat Begich, a moderate Democrat representing a staunchly conservative state, is one of the GOP’s top targets as it vies to retake control of the Senate in November. The GOP primary is Aug. 26.

For Sullivan, the endorsement is a coveted one. It is just the fourth Senate primary into which the deep-pocketed Club for Growth has waded into this year, following the endorsements of GOP candidates Ben Sasse in Nebraska, Chris McDaniel in Mississippi and Tom Cotton in Arkansas. The decision was the product of a meticulous vetting process that illustrates how the political power structure has shifted.

Changes to campaign-finance law have atomized the political process, diminishing the clout wielded by party committees and empowering outside groups that can raise and spend unlimited sums boosting their chosen candidates. One of the fronts in this battle is candidate selection, a process formerly controlled by the parties. Instead of courting county chairman or decision-makers at the party hubs, candidates form a column to visit the outside operators who can lavish money on the cause.

That means if you are a Republican candidate, you have probably trooped to the Club’s office suite in downtown Washington, either to seek the group’s imprimatur or forestall an onslaught against you. Back in January, the group had already conducted more than 100 candidate interviews for the 2014 cycle.

The Club does not simply endorse the most impressive candidates, Chocola told TIME in January. It looks for races where its money and muscle can make the difference, starting with safe, open Republican seats. Its secondary targets are incumbent Republicans who are seen as straying from pro-growth principles. That tactic has incensed many fellow Republicans, who argue it squanders capital that could be spent ousting Democrats. But the Club sees two benefits. “If you win, you get a better vote; and two, you get the attention of a whole bunch of other incumbents, and there’s a ripple effect,” Chocola says. “They start voting better when one of their colleagues gets beat.” The third category is attractive Republicans capable of knocking off vulnerable Democrats, such as in Alaska, where Begich has a target on his back.

An endorsement requires an interview, which generally involves three or four Club staffers peppering candidates about topics ranging from farm subsidies and free trade to student loans and flood insurance. Acing the policy murder board is requisite, but not sufficient. If a perfect candidate is going to coast to victory, the Club won’t endorse; likewise, if he or she has no shot and winning, it won’t get money either. “We look for a disparity in the quality of the candidate,” Chocola says. “The perfect setup is a really good guy versus a really bad guy in a safe district with a cheap media market.”

In recent cycles, the Club has given a boost to most of the Senate’s most conservative members, including Marco Rubio, Ted Cruz and Mike Lee. “We’re risk takers,” Chocola says. “We don’t expect to win every race.” But it is also more cautious with its endorsements than other conservative outside groups, such as the Senate Conservatives Fund or FreedomWorks. And it is behind its normal pace in backing candidates this cycle, with just six total endorsements—down from 26 in 2010 and 18 in 2012. The number may be a tacit admission that the current crop of challengers is weaker than in past cycles. Of the Tea Party-aligned candidates running against GOP senators this year, only McDaniel is thought is have a good chance of toppling the incumbent.

In many cases, the Club’s support of uncompromising conservatives pits it against the Republican establishment. Alaska may be an exception, as Sullivan is thought to be the preferred candidate of the party as well. 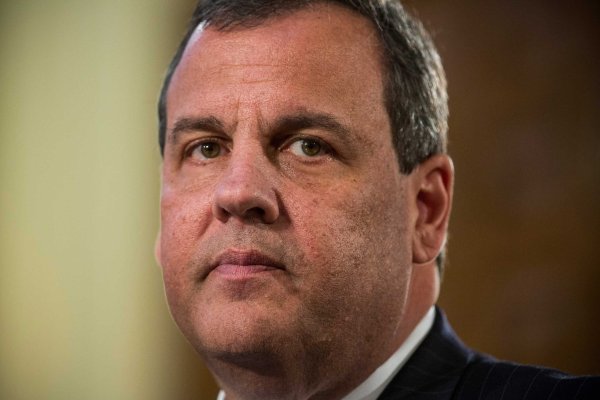