6 Things I Judged and Liked at This Year's SXSW Accelerator

I spent last Saturday serving as a co-emcee for the SXSW Accelerator, an event-within-the-event at the South by Southwest Interactive conference in Austin, devoted to identifying and helping very early-stage tech companies. My work involved spending seven hours in one hotel conference room, watching pitches from a total of 16 startups, facilitating questions from a panel of venture-capitalist judges and generally making sure that the proceedings stayed on schedule.

Whenever I described that task to other SXSW attendees — many of whom had devoted their Saturday to roaming between interesting panels, interspersed with breaks for barbecue and beer — they expressed their sympathies. Actually, it was a lot of fun, and I was surprised by how quickly it went. That’s in part because companies got only two minutes apiece to pitch their products — a daunting challenge, but one which should be easier, not harder, for the best ideas. (If you can’t coherently explain something new in 120 seconds or less, it’s unlikely to capture the imagination of consumers.)

The Acclerator was a competition, with prizes such as cash, free web hosting and tickets to next year’s SXSW, and the 16 companies in the sessions I participated in were among 48 contenders. Based on voting by the judges and emcees, 18 of the 48 went to a second round on Sunday. Nine of those companies won either their category or a special award.

Herewith, a half-dozen of the companies in my portion of the Accelerator that tickled my fancy. A couple of them went on to become overall winners for the entire event; others didn’t survive the initial round of judging. But they stood out as things I’d like to use — and I’ve already installed some of them on my devices.

Artiphon. No single startup stood out as being the best of the bunch. But the most fascinating one, at least to me? That’s easy: It was Artiphon, which is working on an entirely new sort of musical instrument that can be played like a guitar, a violin or a drumset — or like no other instrument that has ever existed. Did I mention that you stick your iPhone into it? The device is beautifully hand-crafted out of wood, which helps explain its $799 price. (The company plans to produce a more mass-market version eventually.)

Samba. This went on to be one of the winners among all 48 companies that participated in this year’s accelerator. It’s an iPhone video messaging app with a twist: When you send a video you’ve created to someone, the app uses the phone’s front-facing camera to capture the recipient’s reaction, then sends it back to you. You can see the emotion you provoked, be it romanticky swooning or hearty laughter.

Waygo. This was another of the competition’s ultimate winners. You point your iPhone at a sign, menu or other written item in Chinese, and it translates it into English on the fly. Other languages are coming — Japanese is next — and you don’t need to have a data connection, which is vital for an app you might be using during international travel. The idea is not new (Word Lens did something similar in 2010) but the implementation looks slick.

Connect. Yet another iPhone app. This one weaves together your acquaintances from Facebook, Twitter, Instagram, Foursquare and other sources into a sort of uber-address book. It’s free unless you want to sync contacts from LinkedIn, which costs $2.99. Conceptually, the app also overlaps a bit with proximity-based social apps such as Highlight, since it uses check-ins from other services to figure out where your friends are and plot them on a map.

Felt. This one’s for the iPad, and aims to reinvent hand-written greeting cards for the digital age. You pick a design and then hand-write your sentiment — and the recipient’s address — on the tablet’s screen. For $3.99, Felt then prints everything out and sends it via snail mail. You can do stuff like write a year’s worth of birthday greetings to various people in one sitting, then schedule them to be automatically sent out in time for each person’s special day as it arrives.

Omlet. A startup called MobiSocial, cofounded by a Stanford professor, is behind this one, and it’s actually two ideas. One is a chat client for iOS and Android that looks fine but unexceptional. But beneath its surface is technology for doing social networking in which your stuff gets stored somewhere under your control — such as a Dropbox or Box account — rather than on servers where a social-networking company can make money off it. MobiSocial is working with companies such as Asus to build this intriguing capability into third-party apps. 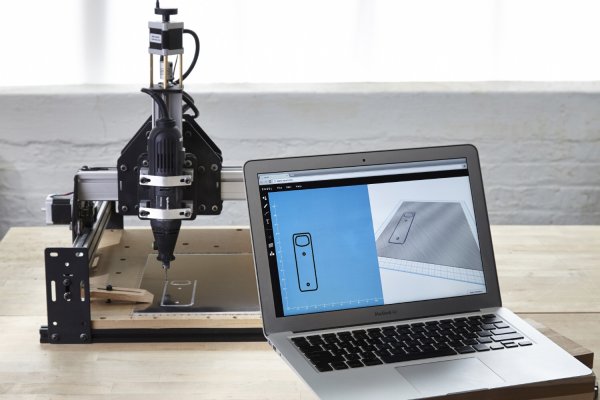