Sometimes you just have to wonder whether Stephen Hawking is messing with us. The famously wheelchair-bound physicist earned his scientific reputation starting back in the 1970s with his theoretical ideas about black holes, those cosmic vacuum cleaners with gravity so powerful even light can’t escape, a mysterious singularity at their cores that approaches zero size and infinite density, and the power to pulverize anything that comes within reach. The whole idea might seem nutty, but astronomers have mounds of evidence by now, establishing that black holes really lurk at the cores of galaxies and eat stars for breakfast.

But now here comes Hawking with a new paper in which he declares boldly that “there are no black holes.” A reasonable person might conclude either that he thinks April Fool’s Day came early this year, or that Dr. Hawking has been spending a wee bit too much time enjoying the local ales.

The truth, however, is a lot less entertaining and a lot more obscure than that. To understand what Hawking actually meant, you have to wade into the treacherous waters of relativity and quantum theory—familiar territory for Stephen Hawking and his ilk, but a place where the rest of us risk drowning.

Suffice it to say that these two theories disagree on what happens at a black hole’s event horizon, the invisible threshold along the approach route to a black hole beyond which nothing can escape. Relatively says you actually wouldn’t notice that anything had changed if you crossed the line. It’s only if you tried to go backward that you’d find yourself swimming upstream against the black hole’s gravity—a hopeless task. (After a while, the black hole’s tidal forces would stretch you like a piece of chewing gum, and ultimately destroy you. You’d probably notice that.)

A couple of years ago, however, physicists at the Kavli Institute for Theoretical Physics, in Santa Barbara, California, used quantum mechanics to analyze the event horizon, and realized that quantum effects first described by Hawking himself back in the 1970s would make the event horizon anything but invisible: it would instead be a seething sheet of energy, dubbed “the firewall” by Kavli physicist Joseph Polchinski. “The event horizon would literally be a ring of fire that burns anyone falling through,” Polchinski told Nature in a 2012 interview.

So the event horizon is undetectable—or it’s a firewall—but it can’t be both. Hawking’s new paper is an attempt at a solution. It’s not that black holes don’t exist, but that instead of a sharply delineated event horizon, they have a mushier barrier he calls an “apparent horizon,” which for reasons no normal human should attempt to understand, is firm enough to hold stuff in, but not so firm as to generate that nasty ring of fire.

Eventually (Hawking doesn’t explain how), the apparent horizon could disappear, which could solve another black-hole-related paradox. Quantum theory says that information can be neither created nor removed from the universe. Yet if a one-way event horizon shrouds all black holes, then information—the chemistry and structure of matter falling in—is forever walled off from the rest of the cosmos. An apparent, impermanent horizon would remove that inconsistency. If you want to hear it from the horse’s mouth, as it were, you can watch this video.

The confusing part (or rather, one of many) is that Hawking himself admitted that there might not be an information paradox in the first place: in 2004, he conceded defeat in a bet with Caltech astrophysicist John Preskill, who had argued the no-paradox position.

Strangely enough, the story Time told back then ended with a couple of sentences that can be recycled precisely for this one. “The bottom line,” we said, “is that Hawking may or may not have solved a problem that may or may not have been a problem to begin with. You might well wonder why his announcement generated so much excitement. But when the subject is black holes and you’re the world’s most famous physicist—Hawking is not only a best-selling author but has also guest-starred on both Star Trek and The Simpsons—the usual rules don’t apply.”

(MORE: There Are Second Acts After All—Even For Spacecraft) 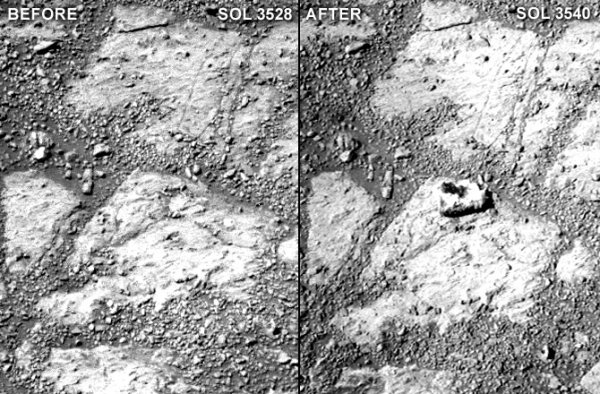