When the Sisterhood Attacks: The Cautionary Tale of Colonel Lynette Arnhart

There’s nothing the Internet feminist community loves more than some good, meaty outrage. And last week, Army Colonel Lynette Arnhart was the main course. The unlucky colonel made comments privately to a colleague about how “average-looking” women should be more prominently displayed in Army communications strategy. Her e-mails were leaked to Politico and the online backlash was swift, overwhelming and startlingly cruel.

Arnhart, who was studying how to integrate women into more active combat roles, has stepped down — burned by the very sisterhood she was tasked with supporting. And she didn’t just lose her job, she was ripped apart. Tweeters and professional opinionators called her everything from “sexist” to “offensive” to “jealous.” It’s another example of how, in our culture of perpetual outrage, even those who are trying to walk the walk better be supercareful about how they talk the talk.

Here’s what Colonel Arnhart wrote that got everyone’s panties in a bunch:

To be fair, the word ugly is probably not the nicest word to use when talking about other women, but it’s hardly a bigoted epithet. More importantly, if you stop focusing on the word ugly and focus on the word perceived, you’d realize that Arnhart was making a completely reasonable and scientifically accurate point about perception bias. But the colonel still got slammed by the media. The Daily Beast labeled her “misguided” and “not attractive,” Jezebel titled its coverage “Army memo says this woman is too pretty to take seriously as a soldier,” while the Twitter backlash redefined ugly:

Even U.S. Representative Jackie Speier, Democrat of California, possibly sensing an opportunity to energize the lady base, jumped on the bandwagon:

But feminists who are attacking Arnhart over that one word are missing forest for the trees here. Her goal was to get more women into the military, which is good. Her method was to use average-looking women instead of beautiful models to portray soldiers, which is also good. Her mistake was that she used the word ugly in a private e-mail, which makes her sound hostile and judgmental even while she’s trying to do good.

Besides, Arnhart’s strategy was not wrong: glamorous women are perceived as less competent than average-looking women or men, as numerous studies have shown. A 2008 study at the University of South Florida found that women are seen as less competent when they are sexualized and objectified. A 2010 Israeli study found that attractive women who included a picture with their résumé while applying to jobs were only half as likely to get a response as average-looking women (researchers say this may be because female HR staff didn’t want to hire pretty competition). And, perhaps most importantly, a 2010 study at the University of Colorado Denver Business School found that attractive women were at a special disadvantage when applying for jobs in masculine fields. Like, oh, I don’t know, the military.

So the colonel wasn’t saying that beautiful women are bad soldiers and plain women are good ones. She was just acknowledging a perception bias that has already been well documented by psychologists across the globe.

Of course, just because this perception bias exists, it doesn’t mean it’s O.K., and there’s an argument to be made that Arnhart should have tried to fight these stereotypes. But what would have happened if she had suggested that the Army put more beautiful women in their publicity campaign to show that pretty women could be competent? The Internet would have melted with white-hot vitriol. So what’s a high-powered, badass lady colonel to do?

(MORE: C’mon Ladies! Let’s Get With the Program!)

Even if her claims about perception bias weren’t backed up by the science, Arnhart would still be in the right. She was just trying to do for Army propaganda what Jezebel, the feminist website, is trying to do for media and ads: get rid of the prettiness mandate that dictates that all the women we see must be freshly groomed, perfectly proportioned and perfectly made up — even when they’re hauling a 60-lb. pack. By suggesting that the Army instead use images of women with mud on their faces to imply that women are “willing to do the dirty work necessary in order to get the job done,” Arnhart was actively combating the idea that women have to be pretty in order to be valuable.

And that’s the irony. So much of Internet feminism is about protesting beauty-based imagery, but Arnhart got slammed for doing just that. The Dove campaign for “Real Beauty” and the Michael Bloomberg–sponsored “I’m a Girl” campaign were both designed to raise self-esteem by rejecting images of Photoshopped models in favor of “average-looking” women, and both were met with widespread applause from the online feminist gaggle. The colonel was advocating that the Army do the same thing, but that got lost in the politically correct echo chamber.

Bloggers need outrage like runners need oxygen, and that can create a media culture in which the perfect becomes the enemy of the good. Our feminist commentary machine has turned into a multiheaded dragon so fueled by offendedness that it’s begun to eat its own young. Just take a look at what’s happening to Michelle Obama and Lily Allen.

Colonel Lynette Arnhart was an accomplished woman who had achieved remarkable success in a man’s field. She was working to make it easier for other women to follow in her footsteps. Let’s not burn her at the stake.

MORE: Women in Combat: A Mirror of Society? 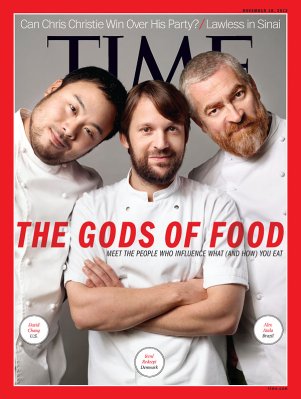 The Gods of Food
Next Up: Editor's Pick