Obamacare Enrollment Up To 4.2 Million

About 4.2 million Americans chose a new health insurance plan through the new health care reform law between Oct. 1 and March 1, according to a new government report Tuesday, but the pace of enrollments has slowed ahead of a critical March 31 deadline.

Since an open enrollment period started last fall, some 2.6 million Americans have chosen health plans through the federal exchange HealthCare.gov, while another 1.6 million have signed up through exchanges run by states. More than 80 percent of those who have selected plans are eligible for federal subsidies through the Affordable Care Act to reduce the cost of premiums.

Although the Obama administration is expecting a rush of sign-ups just before open enrollment closes March 31, total sign-ups are unlikely to reach seven million, the figure predicted by the Congressional Budget Office last year. Just 943,000 people enrolled in the health insurance marketplaces last month, down from about 1.1 million in January. In February, the CBO reduced its projection to six million.

The Obama Administration is making a strong push to publicize the open enrollment deadline and urge uninsured Americans to sign up. Americans who do not have health insurance by March 31 could be subject to federal fines. The effort is particularly aimed at young people, whose relatively healthy status helps mitigate the cost of covering older and sicker Americans. Of the 4.2 million who have signed up for private health plans through Obamacare so far, about one-third are over 55. Twenty-five percent are under 35.

But Republicans said the apparent lack of interest in the law’s healthcare exchanges among young adults proved the law had failed to work as planned. “It seems the president’s push to enroll young adults is far too little, too late,” said Brendan Buck, spokesman for House Speaker John Boehner. “Young adults – those who the White House repeatedly said are critical – are deciding the health care law is a bad deal. Now, millions stand to be forced to pay a new tax because of this law. Given these dismal enrollment numbers, the president needs to work with Congress to get rid of this year’s individual mandate penalty.” 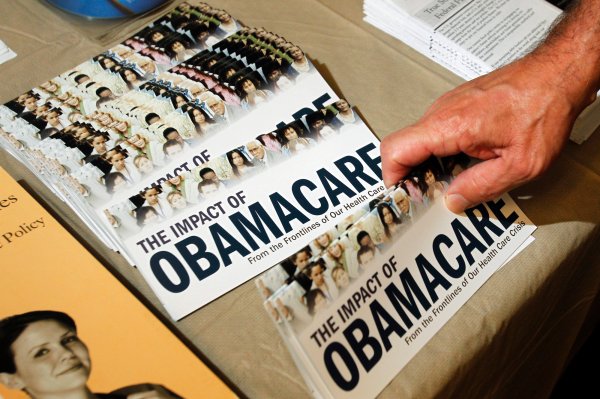 Another Obamacare deadline extended
Next Up: Editor's Pick