A Sext from Ernest Hemingway (Sort Of)

Auctions of celebrity possessions can benefit even those who aren’t buying or selling — case in point: an upcoming AuctionMyStuff.com sale of property from Marlene Dietrich’s grandchildren, all of which belonged to the legendary actress. Highlights include a tuxedo of hers and a letter to Dietrich from Noel Coward — and this 1955 gem of a note from Ernest Hemingway.

The two had a 30-year epistolary affair and this letter makes it clear how they kept it up even though their love was long-distance. Sure, there’s some work chat. Hemingway describes the filming of The Old Man and the Sea and also mentions what appears to be her dissatisfaction with her stage show in Las Vegas, and what seems to be an idea that he might write something for her to perform — and that’s not where it gets good. In describing what he would do if he were writing her act, here’s some of what he had to say:

The letter is estimated to draw a price, during the Mar. 19–Apr. 6 bidding period, that may go as high as $50,000 — which means it’s a very good thing she ignored his instructions, later in the letter, to cut the missive into pieces. 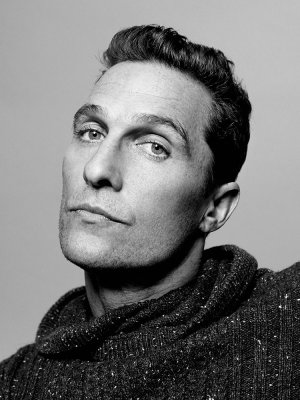 VIDEO: Matthew McConaughey a Dork in High School? Not Even Close
Next Up: Editor's Pick