You're Going To Like The Way Men's Wearhouse Bought Jos. A. Bank

Men's Wearhouse and Jos. A. Bank have been negotiating a merger since last October
Andrew Burton—Getty Images
By Sam Frizell

Men’s Wearhouse announced Tuesday that it is buying its suit-selling rival Jos. A. Bank for $65 a share in cash after months of wrangling between the two competitors, greatly expanding the size of the menswear chain.

After the merger of Men’s Wearhouse and Jos. A. Bank, the two together will have more than 1,700 stores in the United States, with approximately 23,000 employees and annual sales of about $3.5 billion. The deal totals out at $1.8 billion, with the boards of directors of both companies unanimously approving the transaction.

The two companies have been attempting to take each other over for months. Jos. A. Bank. sought to acquire Men’s Wearhouse for $48 a share, or $2.3 billion in a surprise bid in October, but dropped its offer by mid-November. In December, Men’s Wearhouse struck back with $1.5 billion bid that led to the current agreement.

Jos. A. Bank board chairman Robert N. Wildrick the final $65-per-share deal was satisfactory to his shareholders. Jos. A. Bank’s stock has never traded for the $65 per share, and over the past year—its strongest 12 months—it traded between $40 and $60 per share.

“The transaction we are announcing today clearly reflects the success of our efforts, providing a substantial premium over any price at which our stock has ever traded, including a 56% premium since our interest in Men’s Wearhouse became public last October, and allowing our shareholders to receive immediate consideration for their holdings,” Wildrick said in a statement.

As part of the deail, Jos. A. Bank agreed to scrap its agreement with Everest Holdings LLC to buy subsidiary Eddie Bauer.

Despite the contention between the two companies, Men’s Wearhouse CEO Doug Ewert struck a conciliatory tone. “All of us at Men’s Wearhouse have great respect for the Jos. A. Bank management team and are eager to work with Jos. A. Bank’s talented employees,” he said. 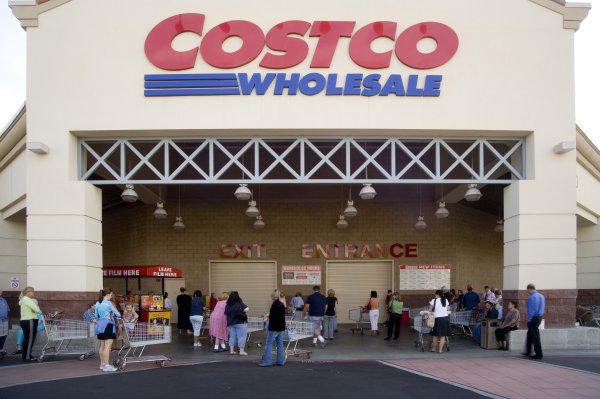 Costco Is Facing a Looming, Bulk-Sized Problem
Next Up: Editor's Pick