Teacher Tenure on Trial in California

A trial is scheduled to begin Monday in Los Angeles that could make it easier to fire teachers from tenured positions in California public schools.

A nonprofit advocacy group called Students Matter has filed a lawsuit against the state on behalf of nine students, arguing that teacher tenure—which gives senior educators a contractual right not to be fired without just cause—violates California students’ constitutional right to equal protection under the law, because they do not ensure that all children have access to good education, the Los Angeles Times reports.

The lawsuit, called Vergara vs. California, challenges teacher tenure as an instrument of inequality, alleging that the practice protects bad teachers and harms kids, mostly in low-income areas. The plaintiffs want the state to make it harder to get tenure, easier to fire bad teachers, and to abolish the “last in, first out” layoff policy that protects older, tenured teachers over new ones who may be more effective.

The debate over teacher effectiveness has become a hot button issue in Los Angeles, as some school districts seek to evaluate teachers based on test scores and make it easier to fire teachers accused of misconduct against students.

Teaching unions oppose the lawsuit, arguing that the case is just another way for moneyed interests to force their policy agenda on the state. They argue that tenure is a crucial protection for teachers against political or personal attacks, and is essential for recruiting and keeping good educators. The unions say that the state’s education problems come from a drop in state funding, not tenure laws.

“If you give teachers resources and appropriate class sizes, principals and superintendents that support them — they will be successful in increasing student achievement,” said Jim Finberg, an attorney representing the California Teachers Association.

Lawyers for the plaintiffs say that the laws go far beyond reasonable job protections, and instead protect bad teachers against any accountability for job performance. Former Washington D.C. education chancellor Michelle Rhee, who eliminated tenure there in 2009, backs the plaintiffs. 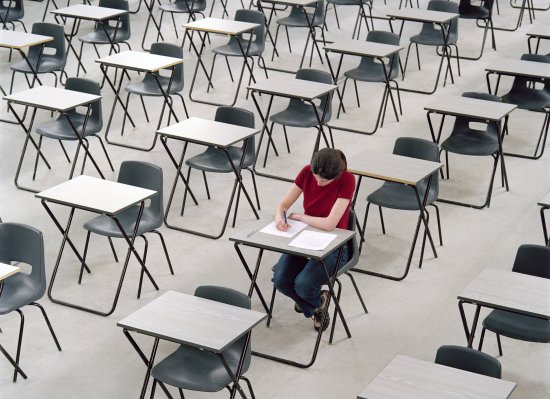 The New College Exam: A Test to Graduate
Next Up: Editor's Pick