This is what gridlock gets you. Unable to get major legislation through a divided Congress, President Barack Obama has been working as a pitchman–for raising the minimum wage, for job-stimulus measures, and especially for the implementation of the Affordable Care Act. That last effort took him to Funny or Die’s Between Two Ferns with Zach Galifianakis this morning, going on a fake talk show to make a real pitch for young people to sign up for Obamacare.

Presidents and candidates have been expanding the sphere of TV outreach for long enough–Laugh In, Saturday Night Live, The Tonight Show, The Daily Show, Late Show, Late Night, MTV, ESPN–that you’d think the discussion of whether doing a comedy show is “beneath the office” was over. (If the White House Correspondents’ Dinner isn’t beneath the office, is anything?) It’ll probably come up again with this appearance, because you know–gasp!–it’s an Internet show!

What’s really different about the Between Two Ferns segment, though, is not the medium–online vs. TV–but the genre. It isn’t just a President doing a chat with a comic. Obama’s actually participating in a bit, where Galifianakis is playing a character, and to an extent, Obama is as well.

And it’s a specific, unusually edgy kind of comedy for any politician, much less a sitting President–a cringe-humor show whose whole idea is playing off staged discomfort with the guest. Obama trades insults, he stews at the clueless slights (will he build his Presidential library “in Hawaii or your home country of Kenya”?), he needles Galiafinakis about his handsome Hangover co-star Bradley Cooper. (“He kind of carried that movie, didn’t he?”)

It’s the tone of the comedy as much as the online medium that really targets the young audience Obama is pitching to here. There’s a cringe-humor generation gap; if you’re over a certain age, or simply haven’t watched much of a certain kind of contemporary comedy, you’ll probably watch it thinking that the segment is bombing and Obama is getting legitimately angry. But it’s a good fit for Obama’s sense of humor, which is a little dry and a little cutting–in ways that don’t always play in rooms when there are no ferns present. Remember “You’re likeable enough, Hillary”?

There are some clunkers in the interview, but along with the pitch for healthcare.gov–it works now!–there are some inspired bits, like Obama’s reaction as Zach shows off a “spider bite” that could really stand to be checked out. His interviewer, meanwhile, manages to work in a dig at the NSA spying controversy, saying that he stays off the grid because “I don’t want anybody looking at my texts.” The month will tell whether this interview gets young people to click the checkout button at healthcare.gov. But it was likeable enough. 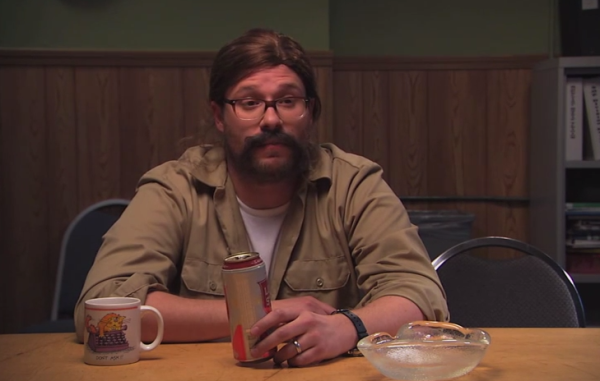 Here's What 'True Detective' Would Look Like Starring Jimmy Kimmel and Seth Rogen
Next Up: Editor's Pick