The Art of Hailing a Cab

Hailing a taxi is a unique form of human communication found in only a few cities in the world. A high-density population in a rather small space is necessary to make this system workable, so Manhattan, an island 13 miles in length, 2 miles in width, and with a population of residents, tourists, and commuters of over 3 million, fits the bill. Upon this slender isle, the drivers of more than 13,000 yellow cabs are continuously on the lookout for their next customer: anyone with their hand up in the air.

A few years after becoming a taxi driver and witnessing many thousands of hails, I began to feel a need to start judging them. “Wow, that was a good one!” I would think after seeing a woman march out of Bloomingdale’s and get my attention with merely a flick of her hand. Or “Ouch!” I would moan as I realized, looking through the rearview mirror, that the person I had just driven by had actually been trying to hail me and had not been rubbing his nose. Eventually I became dissatisfied with merely rating hails as “good” or “bad” and sought to improve upon my method of judgment. Thus The International Taxi-Hailing Point System was born.

There are two general areas to be considered: technique and style. Both are equally important in awarding a fair score to the would-be passenger.

Technique is simply the ability to communicate to the driver that his service is desired: was the prospective passenger effective in getting across her intention from Point A (herself) to Point B (the cabbie)?

Style is the flair with which that communication is accomplished. It’s an aesthetic thing.

Both technique and style are considered separately and equally, on a scale from 1.0 (abysmally bad) to 6.0 (perfect), as in ice skating. So score of, say, 5.2 points for technique and 4.8 points for style yields 5.0.

As you step forth onto the street in search of a taxi, here are some pointers to help improve your score.

-Never stand on the sidewalk. Always take a few steps out onto the street to make yourself more visible to the cabbie.

-Lift your arm straight up in the air, no bent elbows.

-Make eye contact with the driver so he can be sure that it’s his cab you’re waving at.

-Begin your hail from a full block away, to allow the driver time to change lanes smoothly.

Awarding points for style is trickier than technique. Two things are taken into consideration: the persona of the hailer and the situation that person is in. For a man dressed in a business suit, look for a hail that shows efficiency and competence. A woman in an evening gown, grace and elegance. Or let’s say someone’s in a rush he lets out a whistle that stops that taxi in its tracks. Magnificent!

I consider myself a liberal judge, perhaps giving away points a bit too freely. I have awarded quite a few 5.9s that probably should have received a lower score, usually because I found myself enchanted by the style. In fact, I’ve always been a sucker for any of the Specialty Hails:

– The Nose Hail. When the prospective passenger has both arms occupied and must therefore hail you with her nose. You see a few of those every year around Christmas time.

– The Behind-the-Back Hail. When two people are engrossed in conversation and the one doing the hailing doesn’t want to interrupt what he’s saying by turning and facing the oncoming cab. So he waves a hand behind his back to signal to the cab without actually looking at the cab.

– The Kissing Hail. The same as the Behind-the-Back Hail, except it’s done when two people are engaged in a passionate kiss and one of them has to make a train.

– The Lasso Hail (“Laredo”). You see this hail occasionally from a veteran New Yorker who’s standing at an intersection, sees a cab approaching, raises his hand high in the air, makes eye contact with the driver, and then communicates to the driver that he wants him to turn into the intersection by about-facing and walking to the exact spot where he wants the cab to stop, all the while keeping his hand up in the air. It’s as if he’d lassoed the taxi and was pulling it to its destination. Breathtaking!

So there you have it. I wish you success in your pursuit of excellence in this endeavor. Remember that with persistence and practice, you may one day stun the world by performing The Perfect Hail and be awarded the coveted 6.0.

Which, if it’s my cab you’re hailing, will get you a free ride.

Eugene Salomon is the author of Confessions of a New York Taxi Driver. 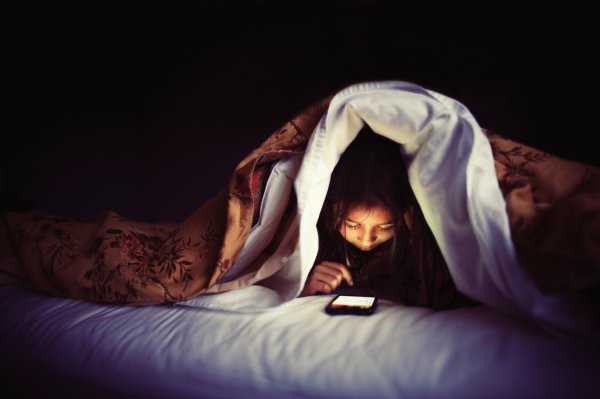 We're All Doomed: Using Your Smartphone Before Bed Can Cause Cellphone 'Hangover'
Next Up: Editor's Pick