Men hold up a baby saved from what activists say was an airstrike by forces loyal to Syrian President Bashar al-Assad in Damascus on January 7, 2014.
Bassam Khabieh—Reuters
By Maya Rhodan

A United Nations Children’s Fund (UNICEF) report published Monday calls Syria one of the most dangerous places in the world for children, 5.5 million of whom have been affected by the country’s three-year war.

At least 10,000 children are estimated to have been killed during the war in Syria, a number the “Under Siege” report calls the highest recorded in any of the region’s recent conflicts.“For Syria’s children, the past three years have been the longest of their lives. Must they endure another year of suffering?” UNICEF Executive Director Anthony Lake said in a press release.

An estimated 1.2 million Syrian children are refugees in neighboring countries, over 3 million are displaced within the country and 323,000 are living in areas that are difficult for relief workers to access. The war has also forced children to grow up fast: a reported 1 in 10 refugee children is working and 1 in 5 Syrian girls living in Jordan are forced into marriage. An estimated 2.8 million children are out of school.

One such child is Ahmed, a 14 year-old Syrian working 13-hours a day in north Iraq. A quote from his unnamed father reads, “My children used to go to school and now I’m seeing them killing themselves working, and coming home exhausted.” He adds, “How do you think I feel?” 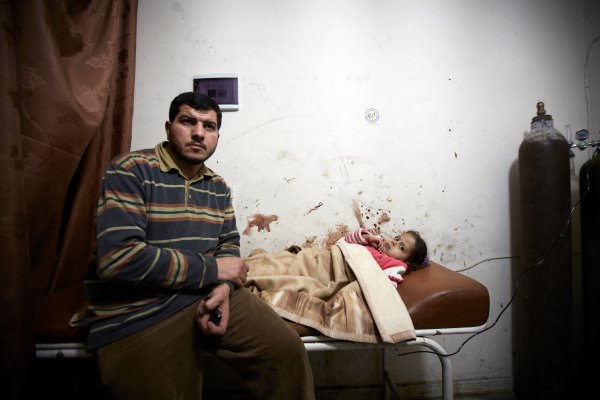 Study: 'Barbaric' Lack of Care for Syrian Children
Next Up: Editor's Pick