Fukushima Three Years Later: How One Town Is Coping

MINAMISOMA, JAPAN - MARCH 10: Children float balloons and pay their respects to victims during the second anniversary commemoration of the earthquake and tsunami on March 10, 2013 in Minamisoma, Japan. Japan on March 11 will commemorate the second anniversary of the magnitude 9.0 earthquake and following tsunami, that claimed more than 18,000 lives. (Photo by Athit Perawongmetha/Getty Images)
Athit Perawongmetha—Getty Images
By Alexandra Sifferlin

Three years after the earthquake that triggered a tsunami and nuclear disaster in Japan, new research reveals a high-than-normal incidence of PTSD symptoms among survivors in Hirono, Fukushima. But the study also sheds light on how to buffer oneself from mental illness following such disaster.

Though only two residents of Hirono died in the earthquake and tsunami, more than half of the 241 residents surveyed were found to display “clinically concerning” symptoms of PTSD, and two-thirds reported depression symptoms. Those rates are higher than what has normally been observed following other natural disasters, and researchers point to the fact that the radiation leak forced many residents to relocate to temporary housing, breaking up the residents’ sense of community and the support that comes with it. All participants surveyed were living in government-provided temporary housing, and their average age was 58 (younger residents were more likely to have relocated elsewhere).

Despite the poor mental health scores, the research illuminated factors influencing psychological resilience following a disaster. Unsurprisingly, healthy behaviors like eating right and exercising helped buffer against mental illness. “Those factors are very strongly associated with great physical wellbeing. Having a very good physical wellbeing helps the psyche as well,” says study author Niwako Yamawaki, a professor at Brigham Young University. The positive effects of maintaining a job was also expected, since having a distraction and something to work towards can help people cope and give them a sense of normalcy.

What was unexpected, though, was that drinking alcohol a couple times a week also helped survivors in terms of resilience, though researchers suspect the effect could be cultural. “In the U.S., if people are drinking after a psychologically traumatic event, it is seen as a negative consequence. But what we found was that when people were drinking in Japan, they were interacting with community members–usually over dinner or at meetings,” says Yamawaki. This suggests that for these survivors, the human connection during gatherings where they drank were positive. In general, Yamawaki says the Japanese and residents of Hirono are used to having a community, and group interaction is core to their identity.

Since more natural disasters are expected in Japan’s future, Yamawaki says she hopes her findings will provide insight into how to best prepare for the mental trauma that comes with natural disasters, and how to keep cultural details in mind to ensure that people receive the best care during clean-up and relocation. “These survivors are still suffering,” she says.

The findings are published in the journal, Psychiatry and Clinical Neurosciences. 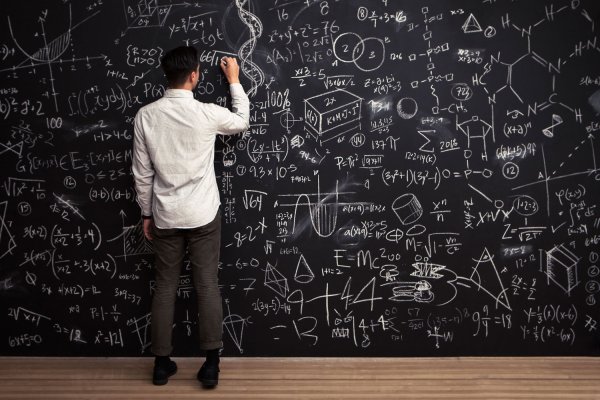 The Five Paths To Being the Best at Anything
Next Up: Editor's Pick