Winter’s Not Finished With Eastern U.S. Yet

A winter storm moving east across the northern United States will bring frigid temperatures to the Midwest and Northeast this week in what—fingers crossed—should be the country’s final bout with winter after an especially harsh season.

Beginning Tuesday evening, a blast of winter weather will drop snow on areas from Iowa to Maine. The snowfall will once again affect midwestern cities such as Detroit, which, as Slate notes, could see its 130-year snowfall record shattered. By Wednesday and extending into Thursday, upstate New York is expected to be under at least six inches of snow. Inland New England, from Vermont to Maine, could see more than a foot of snow, Accuweather reports.

The regular round of snarled transportation routes will extend along the New England coast and south to Kentucky and Virginia, where freezing rain could lead to slick road conditions and bone-chilling wet weather from Providence, Rhode Island, to Washington, D.C. 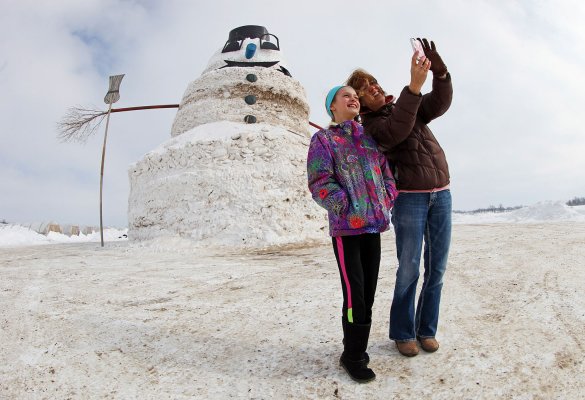 Warmer Weather Coming to U.S., But Not for Long
Next Up: Editor's Pick