The suburban, car-loving, McMansion-owning parents of millennials represent Costco’s core customer base. But what about millennials themselves?

As far as retail success stories go, few can compete with Costco’s run in recent years. In surveys, customers routinely weigh in on how much they love the Costco shopping experience, and the company’s unique business model is celebrated in TV documentaries and glowing magazine profiles alike.

But the fact that in early March Costco reported lower-than-expected earnings and its stock price has slumped now has some wondering if the company can stay on its hot growth streak going forward. In particular, concern is being raised that Costco’s membership model and its bulk-goods products don’t appeal to the nation’s young consumers—and that the Costco experience might not be a good match for the millennial generation even after they grow older and have families.

It’s understandable that Costco’s customer base skews older. A car is all but a necessity for the typical “stock up” visit to Costco, and compared to older generations, millennials tend to not own cars and don’t seem to want to own cars. Most Costco stores are in suburban locations, while millennials tend to prefer urban living, and even if they are among the relatively few of their peers who could afford to buy a home, home ownership is less important to them than it was to their parents and grandparents as young adults. So … if you don’t have a car, and you don’t have the money or interest to stock up on two years’ worth of paper towels or mustard, and you wouldn’t have the space in your apartment to store this kind of stuff even if you wanted to, then there’s not much sense in shopping at Costco.

All in all, a member of the millennial generation is highly unlikely to be a Costco customer, unless he or she happens to among the many still living in their parents’ homes (and still taking advantage of their family’s warehouse club memberships).

The idea that Costco has thus far been missing out on the largest generation in American history is an obvious cause for some concern for the company and its investors. In a Q&A session with analysts last week, Costco CFO Richard Galanti was asked about how the warehouse retail giant was trying to draw younger shoppers into its stores. He replied that Costco will be taking incremental steps—adding more organic foods and slowly ramping up online sales, among other initiatives with millennials in mind—but that the company will not be making any dramatic changes any time soon. “We’re not going to do anything rash but we’re also not going to have our head in the sand here,” said Galanti.

As Retail Wire pointed out, Costco has a long way to go to reach millennials via the generation’s favorite mode of communication, social media: “Costco’s Facebook page has 1.1 million likes versus 22.7 million for Target and 34.5 million for Walmart.” Meanwhile, Costco’s Twitter page is reportedly inactive.

In general, Costco’s plan to win over the younger generation seems to be in the taking of baby steps toward meeting their preferences as consumers, while basically just waiting until millennials grow up, buy cars, move out to the suburbs, and (fingers crossed) feel like a Costco membership works for their households. For the time being, Costco doesn’t work for young people simply because “you’re not going to stick big vats of mayonnaise and big stacks of toilet paper in a small apartment,” McAdams Wright Ragen analyst Dan Geiman explained to the Seattle Times. Still, Geiman applauded Costco’s efforts to woo younger shoppers. “Anything you can do to lower the age of your target market is going to be a positive in the longer term,” he said.

(MORE: The New Costco? Buying Meat Out of a Truck in a Church Parking Lot)

What’s unclear is if Costco is doing enough to get younger shoppers on board with what the warehouse membership model has to offer—now, and even more importantly, in the years ahead. 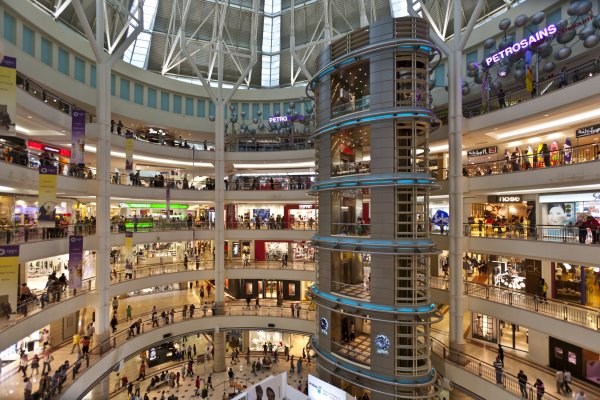 Your Shopping Center, Transformed One More Time
Next Up: Editor's Pick