From a story titled "Oh"
Jochen Luebke—EPA
By Laura Stampler

Tech consortiums aren’t known for being hotbeds of political correctness. The Consumer Electronics Show (CES) in Las Vegas is famous — and often criticized — for its half (or fully) naked “Booth Babes” employed to silently peddle products.

“Last year, we had a pair of real dancers,” Julian Hangschlitt, a self described “event manager by day and part-time DJ by night,” explained to AFP when the robots debuted in CeBIT’s 2012 expo. “This year, we thought, ‘Well, we’re coming to CeBIT, it’s a tech fair, we should have some robots instead.'”

The robots, made out of old car parts by artist Giles Walker, were so popular that they made regular appearances ever since. Here’s a somewhat disturbing video of the robots performing at a British art show in 2008.

And if you think about it, robot pole dancers were bound to happen eventually — and not just because of Her. There’s no end to the love between people and their gadgets. Researchers at New Zealand’s University of Wellington wrote an article in 2012 that anticipated a world in which humans pay for sex with humanoids in robot-only brothels. So maybe we should be grateful that for now at least, these robots have limited themselves to exotic dance. 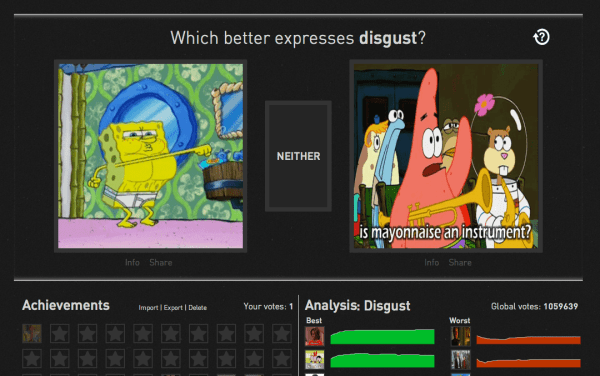 These Students Want to Turn GIFs Into Their Own Language
Next Up: Editor's Pick