Rougly five million federal employees with security clearances are about come under much closer scrutiny, under a new internal continuous surveillance system designed to root out troublemakers in the intelligence community.

The Office of the Director of National Intelligence, which oversees the U.S. intelligence agencies, will administer a new system that will keep an eye out for any red flags by monitoring the full spectrum federal employees’ electronic lives. The program is a response to a stream of leaks in recent years, most notably by former NSA contractor Edward Snowden. The system will draw from diverse data sources, including private credit agencies, law enforcement records, licenses, public record databases, social media and polygraph tests, according to the Associated Press, which reviewed documents associated with the new program and spoke to current and former officials familiar with the DNI’s plan.

DNI chief James Clapper said the system “is going to be costly,” the AP reports. The Department of Defense spent $84 million over the past 10 years developing a similar system on which the DNI’s monitoring system is based.

Officials from unions that represent federal employees have raised alarm about the extent of the program’s surveillance and the risk that government employees’ private data could fall into the wrong hands. Private contractors working on the system would likely have access to private data collected on employees.

“As a result of the Snowden disclosures I think we’re seeing what an open book workers’ lives are becoming,” said David Borer, the general counsel for the American Federation of Government Employees. 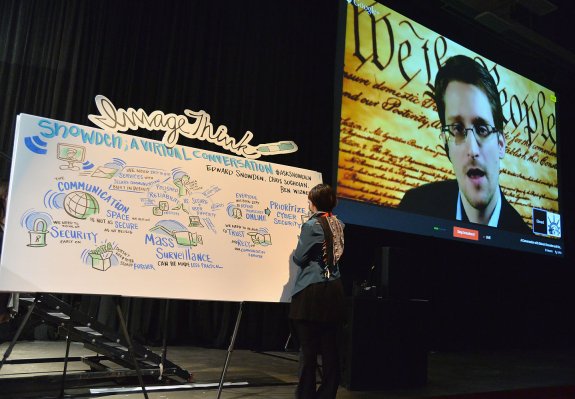 Snowden: NSA Is 'Setting Fire' to the Internet
Next Up: Editor's Pick