The numbers for the premiere episode of FOX’s reboot of the classic space show Cosmos have yet to come in — but we already know that nearly 35,000 people actively liked one particular moment. It wasn’t a moment on the show itself, but rather the well-timed appearance of the oldest known star, as seen by the Hubble Space Telescope:

In a spot-on second-screen choice, NASA capitalized on the much-anticipated Neil deGrasse Tyson broadcast with a series of tie-in Instagram posts that were, for the most part, far more fascinating than the show’s official tweets. Given that recent studies have shown that nearly half of Americans are on another screen while watching TV — and more than two-thirds of those people are actively looking for content related to the show they’re watching— the decision by the agency to watch and post makes lots of sense.

And watching and posting was just what was happening: Jason Townsend, deputy manager for NASA’s social media team, tells TIME that last night’s Instagram posts were NASA capitalizing on a moment of high interest in space, not any sort of official tie-in with the show. NASA’s Instagram feed launched last September and now has about 700,000 followers; it’s run by that social-media team, which includes Townsend, who was one of the Cosmos Instagrammers. As they watched, they pulled up images from NASA missions and programs in real time as relevant topics came up on the show.

But even though that means Townsend had to work on a Sunday night, that wasn’t so bad: he says he liked the way the show highlighted lots of NASA missions — and, given photos like these, it’s easy to see why. 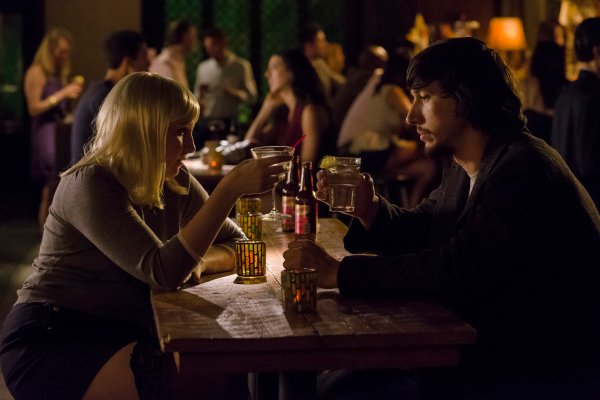 Girls Recap: A Girl Walks Into a Bar
Next Up: Editor's Pick