On Friday, a Gmail outage led to widespread panic and confusion across the globe. That same day, an apparently unrelated glitch also caused thousands of emails to end up in the inbox of some guy named David S. Peck. (A Hotmail user, it should be noted.)

Here’s what happened: users who searched “Gmail” were led to a results page with a link that said “Email.” Clicking that link created a new email with Peck’s address — dsp559@hotmail.com — already filled in. A tipster pointed this out to TechCrunch, who then tracked down the owner of the email address: David S. Peck of Fresno, Calif. They gave him a call to see just how badly this bizarre glitch was affecting him.

“I’ve been getting thousands of no-subject, blank emails,” Peck told TechCrunch. “500 of them come every hour, I can’t stop them.”

The deluge got so extreme that Peck began missing important messages because he couldn’t delete the unwanted emails fast enough. Most were blank, but some contained messages like “who is this?” or “why are you sending me these emails?”

On Friday night, Google said this glitch was unrelated to the Gmail outage, and offered the following statement:

It’s still unclear how this very bizarre glitch happened. But the most confusing part of all is why Peck still uses Hotmail. 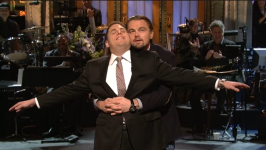