Want a music player and online purchase catalog that’ll bring to the slightly backwards digital audio paradigm what you’ve been accustomed to having since the 1980s from physical media? You’re in the minority of audio buffs, but I’m right there with you.

Neil Young’s PonoPlayer is poised to be that device, coupled to an online music service called PonoMusic, offering 192 kHz, 24-bit recordings with “digital-to-analog conversion technology intended to present songs as they first sound during studio recording sessions,” according to Rolling Stone. In short, Young is throwing his celebrity weight behind taking the highest of high-end audio playback standards mainstream, or at least more mainstream than today’s hodgepodge of lossless music providers and jury-rigged playback devices. If Young has his druthers, at minimum, Pono would remedy a subtractive problem that’s plagued music playback since the lossy revolution made audio quantity more important than audio quality.

I don’t remember the exact quote, but around the time Peter Gabriel’s album Up arrived back in 2002 (shortly after Apple’s iPod debuted in 2001), I read an interview where Gabriel said the greatest challenge facing musicians today (music piracy and earning a living from creative endeavors aside) was being able to control the end-listening experience. He wasn’t talking just about the rise of lossy, compressed music: I’m certain he meant that, but he was also speaking to the proliferation of ultra-mobile players, in some instances as small as postage stamps, paired with cheap, earbud-style headsets, leading more people than ever to listen to more music than ever in more noise-challenged environments than ever before. Certainly that unpredictability existed before lossy digital audio, but the iPod (and its progeny) raised the probabilities — assuming, of course, that you agree high fidelity playback is still a worthy goal — by at least an order of magnitude.

PonoMusic can’t predict where you’ll be listening, or compensate for potential ambient sound interference (say you happen to be listening to Andras Schiff playing Bach while strolling past a construction zone), nor is it clear yet how or whether it’ll engage the headset quality question, since that’s every bit as crucial as the playback device’s circuitry or audio file’s encoding. But Young seems undaunted, writing in a press statement today: “It’s about the music, real music. We want to move digital music into the 21st century and PonoMusic does that. We couldn’t be more excited – not for ourselves, but for those that are moved by what music means in their lives.”

I already listen to lossless audio (44.1, 16-bit) on a mobile device: it’s called an iPhone, and I’ve been doing it for years. Anyone can, they just need to know how, be willing to capture the audio themselves from a physical CD since lossless online resellers are few and far between, store that music on a substantial enough hard drive, manually curate the iPhone’s music library using a secondary computer and, if you’re rocking a lowly 16 GB model like me, get used to the idea of shuffling albums around with a computer. A couple dozen albums is all that’ll fit within the iPhone’s usable space (remember all your other apps), since the average lossless album is 250 to 350 MB.

Lossless audio playback on a device like the iPhone, which probably wasn’t designed with lossless audio in mind, has its downsides. Take battery life: in my experience, the iPhone works harder to play larger audio files (when I’ve tried living with much smaller 256 Kbps AAC-encoded files, the battery lasts longer), so you’re sapping something that’s already in short supply. And some would argue, with good reason, that listening to lossless files through Apple’s earbuds is pointless — that you’ve all but eliminated any discernible aural benefits by piping your pristine music through a crude playback interface (to say nothing of the likelihood that you’ll be listening to it on the go and in a noise-rich environment).

If, on the other hand, you intend to plug your iPhone into your hi-fi home theater, the iPhone has its perks, including its undersold acoustic circuitry. According to this fellow, who ran tests using a $50,000 audio signal analyzer to examine frequency response, harmonic distortion, jitter and overload, the iPhone 5 is a surprisingly solid hi-fi audio source (he links to a Stereophile article, which found as much of Apple’s iPod circa 2003, contrary to conventional wisdom about these devices). Engadget found more or less the same in its audio tests, though when you compare the iPhone 5 to other smartphones, including older Apple ones, it sounds like the iPhone 4S is the smartphone to beat.

But the iPhone only supports 48 kHz and 16-bit playback. If you throw anything higher-end at it, say a 96 kHz, 24-bit audio file, it’s down-sampled before playback. So Young’s PonoPlayer, which tops out at 192 kHz, 24-bit playback, theoretically trounces the iPhone, as well as every other portable audio playback device I can think of. That, then, is the thing that’ll make Pono a star, right?

192 kHz is the high end of high-end — so high-end, in fact, that some audio engineers will tell you it’s pointless (indeed, some claim 192 kHz’s ultrasonics can actually negatively impact the sound). Without rehashing a long, tortuous and arguably niche-to-the-point-of-irrelevance audiophile debate about whether the human ear is physically capable of discerning audio improvements in those lofty regions (whether you’re listening on a consumer-grade playback system or a multimillions one), the consensus seems to be that you’re wasting time, energy and money at anything above 48 kHz, 24-bit sound.

Assuming the engineers aren’t misrepresenting human physiological strictures, this presents something of a problem for a company like Pono (or HD Tracks — itself dealing in high-fidelity lossless audio for years). Sales-wise, you’re as attractive as your marketing department is persuasive, so coupled with a generalist tech press that might know no better, Pono could make an ultrasonic splash simply because nonspecialists respond to numerical differences: 192 looks a heck of a lot better than 44.1 or 48. But the human ear can’t discern audio differences in music sampled above 48 kHz, and while 24-bit offers an arguably superior (albeit difficult to describe) sense of spatial presence, 16-bit is something like 99% as competent.

Let’s leave that debate for a moment and consider Pono’s other less debatable angle: the sale of lossless, catalog-rich audio. That’s what’s missing online today. Rifling through my password manager’s list of accounts, I tally around a dozen outlets in the U.S. and internationally from which I’ve purchased lossless music over the past year. Visit any one, and you’ll find a smattering of material. A few albums here, a few artists there, but nothing remotely like Spotify, much less iTunes. There is no iTunes of lossless audio, and Apple continues to show no interest in upping its game.

Can PonoMusic be the service that finally brings listening technology back up to par with Red Book CD audio? It’s a long shot, Neil Young or no — Pono’s chief opponents are subscription-based services: quick, play-anywhere, streaming media warehouses.

For starters, however much Pono’s marketing department spins its catalog’s ultrasonic characteristics, it’s catering to a much smaller audience than Spotify’s or iTunes’. And $399 is considerably more than you’d pay for an entry-level subsidized smartphone, not to mention the iPod-like shift back to carrying around a dedicated listening device in addition to your phone (my understanding is that the PonoPlayer isn’t small). There’s also the “buying my favorite album for the 13th or 14th time” issue: how many times are you willing to repurchase music you already own in other formats?

Audiophiles are by definition a niche group of consumers. PonoPlayer, which ships with 128GB of memory and supports expansion through memory cards (I have no idea if they’ll be proprietary at this point), carries a $399 launch tag. That price tag tells me Pono understands where it sits in the mix: the company probably assumes audiophiles are going to be willing to pay more at the outset.

That position works for and against the company — against in the sense that many audiophiles, myself included, already have substantial libraries of self-curated music; I have no interest in repurchasing any of the albums I already own, 192 kHz or no. But for in the sense that rolling forward, I might make PonoMusic my go-to for newer as well as older material I don’t already own.

That assumes favorable answers to questions like: Will I be able to use PonoMusic with a device of my choosing, say all I care about is having up to 48 kHz, 16-bit lossless audio? (Pono confirms the service will support “other high-resolution digital music devices,” but doesn’t specify which ones.) If I use the PonoPlayer, will it play well with high impedance headsets, say my Sennheiser HD 600s? Has Pono really signed all the major labels? Will its catalog be as comprehensive as promised? And since lossless, ultra high fidelity audio files are substantially bigger than lossy ones, is Pono going to launch with an infrastructure powerful enough to accommodate demand?

There’s still no word on when PonoMusic is going to be available (the service missed its projected 2013 launch timeframe), but I suspect we’ll know more by midweek: Pono says it’s going to make the $399 PonoPlayer “available for pre-order at a discount” when the company launches a Kickstarter campaign — goal unspecified — this Wednesday, March 12. 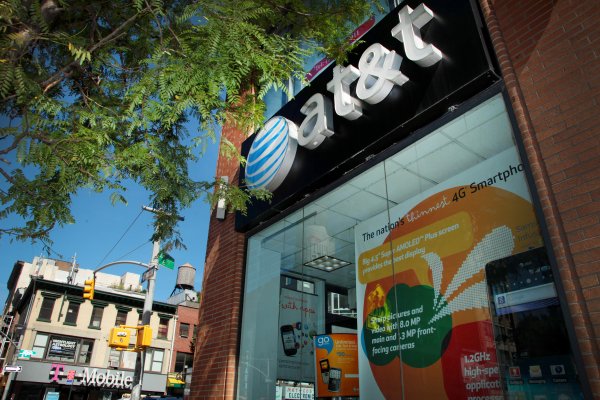 AT&T, T-Mobile Shake Up Data Offerings in Price War
Next Up: Editor's Pick