How do I know men are finished? I’ll read you a quote that says it all: “Yes. There have been times when I’ve been in a drunken stupor.” Toronto’s mayor, a shining example of modern manhood is what I would call the canary in the coal mine, only he’s not quite as delicate as the canary. Because, you know, He’s got “more than enough to eat at home.”

Are men literally obsolete? Of course not, and if we had to prove that we could never win. For one thing, we haven’t figured out a way to harvest sperm without them being, you know, alive. But in order to win this debate we have to prove that men, quote unquote, as we’ve historically come to define them — entitled to power, destined for leadership, arrogant, confused by anything that isn’t them. As in: “I don’t understand. Is it a guy dressed up like a girl? Or a girl dressed up like a guy?” They are obsolete.

Once upon a time, the men ventured out to hunt bison while the women stayed behind to dust the cave, gather berries and raise the very hairy children. This is the story we have told ourselves for tens of thousands of years to explain why men rule the world while women are relegated to being the second sex, (“physiologically unsuited for leadership” is how the current Australian prime minister put it). Now after more than a century of global economic revolutions and a few decades of recession it’s become obvious that this story is no longer true, if it ever was. Here are the reasons:

ONE: It’s the end of men because men are failing in the workplace.

Over the last few decades men’s incomes have been slowly declining and women’s have been rising. Last year one in five men were not working, something economists call the biggest social crisis we will face. Party this is because the economy is changing quickly, but men aren’t. As the manufacturing economy gets replaced by a service and information economy, men are failing to adjust or get the skill they need to succeed.

Meanwhile, women are moving in the opposite direction: In 2009 they became the majority of the American workforce for the first time ever. Now in every part of America young single women under 30 have a higher median income than young men, which is really important because that’s the phase of life when people imagine what their future will look like. As one sorority girl put it to me — remember, I said sorority, not someone from the women’s study center — “Men are the new ball and chain.”

It’s the end of men because men are failing in schools and women are succeeding. In nearly every country, on all but one continent, women are getting 60 percent of college degrees, which is what you need to succeed these days. Many boys start falling behind as early as first grade, and they fail to catch up. Many men, meanwhile, still see school as a waste of time, a girl thing.

TWO: It’s the end of men because the traditional household, propped up by the male breadwinner, is vanishing.

For the first time in history women all over the world are marrying down, meaning marrying men with worse prospects than they have. We have a new global type, for example, called the alpha wife, a woman who makes more money than her husband or boyfriend. Not that long ago she was exceedingly rare. Now she’s part of about 40 percent of couples in the US. And that does not count the growing number of single moms who head their own families.

Women are occupying positions of power that were once totally closed off to them. The premiers of the Canada’s four biggest provinces, the head of Harvard, the COO of Facebook, the newly appointed chairwoman of the Fed, ruler of the global economy, Janet Yellen, who got the job basically because Larry Summers said women weren’t that good at math. And lets not forget Christine Lagarde, who took over the job at the IMF from another shining example of modern manhood.

And why aren’t there more female CEO’s or heads of state, one of you will ask? To that I have to remind you that women’s ascendance is only about 40 years old, while men have been in power for 40,000 years. So by that standard we are rising at dizzying speeds.

THREE: It’s the end of men because we can see it in the working and middle class.

When I speak at public universities with commuter populations about the disappearance of men, the women find what I am saying to be totally obvious, like the sky is blue and Miley Cyrus is whacked. The working class feels the end of men the most, as men lose their jobs and lose their will to be fathers, and women do everything alone, creating a virtual matriarchy in the parts of the country that used to be bastions of good old macho country music style values. Why don’t these women marry or live with the fathers of their children? As many a woman told me, “He’d be just another mouth to feed.”

(MORE: Sorry, Camille Paglia: Feminism Is the Best Thing That Ever Happened to Men)

FOUR: It’s the end of men because men have lost their monopoly on violence and aggression.

Women are becoming more sexually confident, and something Camille Paglia has been waiting for, more aggressive and violent in both good ways and bad — that is, going to war, going to jail, and in the case of the Real Housewives of New Jersey, beating up anyone who knocks a drink out of their hand.

FIVE: It’s the end of men because men, too, are now obsessed with their body hair.

In her truly endlessly hilarious book Caitlin Moran catalogs the travails of being a woman, one of them being the unacceptability of hair, anywhere on the body. If that is a sign of patriarchal oppression then I counter it with Exhibit A.

This is of course Anthony Weiner’s chest, and as you can see, the landscape is meticulously tended. I mean, he has called the exterminator and made sure the weeds are dead and gone. And if you asked him, “Why are you so shorn, Mr. Weiner?” do you think he would say the matriarchy made me do it? No he would not, and neither should we.

Obsolete does not mean worthless. It means outmoded. The twin combustion engine made the bicycle obsolete but that doesn’t mean we hate the bicycle. We just use it the way we want to, while recognizing the necessity of efficiency and change. We don’t have to turn men into eunuchs. We can keep whatever we like about manhood but adjust the parts of the definition that are keeping men back.

I dedicated my book to my son because he is one of those boys who gets in trouble a lot, who thinks the institutions are rigged against him. I see my job as accepting him as he is, and teaching him how to adapt to the world as it is.

MORE: Stay-at-Home Dad: Why My Wife Is Embarrassed by Me

Hanna Rosin is the author of the book The End of Men. Adapted from her opening statement at the Munk Debate, “Resolved: Men Are Obsolete,” held in Toronto. 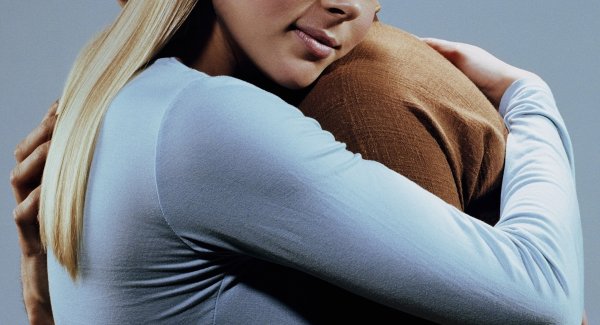 Let's End the Hugging Arms Race
Next Up: Editor's Pick