North Korean voters line up to cast their ballots to elect deputies for the Supreme People's Assembly in Pyongyang on March 9, 2014
Jon Chol Jin—AP
By Emily Rauhala

Kim wins. That is the unsurprising outcome of North Korea’s first legislative elections under the leadership of young dictator Kim Jong Un. State media report that nearly 100% of eligible North Koreans voted in Sunday’s poll, and 100% of them cast votes in favor of the status quo. This is only partly as ridiculous as it sounds: voting is mandatory and there is one option on the ballot.

Indeed, when North Korea votes, it votes. When exactly 100% of eligible North Korean set out to cast votes 100% in favor of predetermined politicians, they were carried forth on “billows of emotion and happiness,” state media reported. And nowhere were they happier — or more billowy, presumably — that in Kim’s district, Mount Paektu, the Korean peninsula’s highest peak. The group that voted at the storied site were so moved by the exercise that they spontaneously burst into song, state media said.

It is easy to chuckle at the thought of the country’s khaki-clad officials being overcome by the joy of casting a ballot. (If only the U.S. primaries could be such fun.) But as much as the elections are a sham, they are a sham worth studying. This stranger-than-fiction display gives us a better sense of how the country is run.

The once-every-five-year vote is an important exercise in political propaganda. Take Kim’s district. Mount Paektu is North Korea’s holy land. It was where his grandfather Kim Il Sung and a small group of his associates are said to have repelled the Japanese. It was also where Kim Il Sung’s son and successor, Kim Jong Il, is said to have been born. Kim Jong Un’s right to rule is based on his link to the “Paektu bloodline” — and to the mythology of the mountain itself.

The vote also serves practical purposes. Forcing 100% of eligible North Koreans to vote every five years is a way for the government to keep tabs on the population. North Korean defectors report that vote acts as an informal census, with neighborhood committees, called inminban, closely monitoring who shows up and who doesn’t. Since a single person’s absence could cast suspicion on an entire clan, people working, say, near or across the Chinese border, make a point of returning to their hometowns to cast their votes.

The polls also no doubt gave Kim Jong Un a chance to shape the parliament. Though it is largely a symbolic body (it generally meets once a year), North Korea watchers will be studying the poll to glean information about how power is being distributed under the young dictator. Kim Jong Un has already purged several of his father’s allies and promoted younger cadres. Will he continue to bolster this next generation of leaders?

It seems so. Kim Jong Un used Election Day to give his sister, Kim Yo Jong, some airtime. Kim Yo Jong, who is believed to be 26, was filmed accompanying her brother to vote. Though she has been seen in public before, most notably at Kim Jong Il’s funeral, this was a relatively high-profile outing. Conspicuously absent, meanwhile, was Kim Kyong Hui, sister to Kim Jong Il, aunt to Kim Jong Un and wife of ousted official Jang Song Thaek. She has not been seen since her husband’s execution.

Given the tightly scripted nature of North Korean political theater, the optics are probably not an accident. For those not distracted by the song and dance, the message is clear: there is a new sister on the scene. And Mount Paektu’s third generation is now running the show. 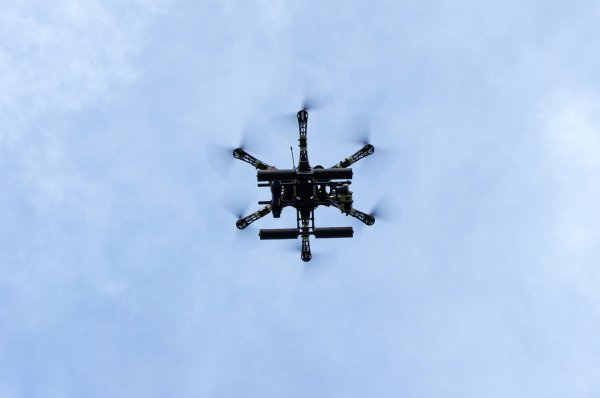 Australian Charged After Trying to Drop Drugs Into Prison by Drone
Next Up: Editor's Pick