Cheating is a Good Thing (Sometimes)

Want to compose a great symphony, write a classic novel, come up with a brilliant new app? Cheat on your taxes first—or on your spouse, or on your poker buddies. It’s easy—and fun, too.

That’s the unsettling implication of a new study released by the Association for Psychological Science and conducted by business professors at Harvard University and the University of Southern California. The investigators recruited a sample group of volunteers and had them complete a math puzzle in which multiple columns of figures were added in multiple ways. The subjects were told they would be paid for each correct answer and, incidentally, that they’d be grading themselves. Nobody would check their work before they got their cash prize. So: free money, right?

That’s how it seemed. A dispiriting 59% of the subjects lied about how well they did and took the ill-gotten payoff. All of the subjects were then given what’s known as a remote association test in which they were asked to come up with one word that connects a group of three other words (“sore,” “shoulder” and “sweat” can all be connected by “cold,” for example). The two exercises ought to have been unconnected, but there was this revelation: The people who cheated on the math test did significantly better on the word test. The implication: Breaking the rules frees up the mind and makes it easier to be creative.

In some ways, that’s no surprise. Jazz is all about rule-breaking, tossing out the conventional structure of music and replacing it with something closer to improvisational anarchy. Picasso blew up traditional ideas of shape, perspective and proportion. And there’s not a successful novelist alive who would sell so much as a single book without making use of the artful sentence fragment, the well-deployed redundancy, even the wholly invented word.

There’s actually hard brain science supporting the proposition that the best ideas can come from breaking laws of reason. Paul McCartney, Mary Shelley and Jack Nicklaus came up with “Yesterday,” Frankenstein and the perfect golf swing—respectively, of course—in a dream. Functional magnetic resonance imaging (fMRI) shows that this is because the occipital lobe, where visual and auditory processing live, powers up when we’re asleep at the same time the prefrontal cortex—the cognitive traffic cop that keeps us thinking in an orderly way—goes off duty. When the lawman’s not looking, we can get away with all kinds of creative mayhem.

But not every dishonest person uses the spark of rule-breaking inventiveness to write a song or win the Masters. The wiseguys who dreamed up bundled mortgages or credit default swaps probably felt a delicious frisson of freedom too when they were inventing their toxic pile of economy-tanking instruments. The same is surely true of the smug political operatives who decide it’s “time for some traffic problems in Fort Lee,” or who burgle offices or political headquarters to dig up dirt on their enemies. The more rules you break, the more imaginative you become the next time you do it.

Sometimes, the bad guys are being goaded in their creative misbehavior. “We’ve got a counter-government here and we’ve got to fight it,” Richard Nixon told Charles Colson in the run-up to the Watergate crimes. “Do whatever has to be done. … I don’t want to be told why it can’t be done.” And so he wasn’t—and so they did it.

But most of the time, the Nixon mob came up with their exceedingly unethical antics on their own—as long ago as college political campaigns, when they called their dirty tricks “rat-f–king.” And want to bet each time a rat got, well, effed, the dirty tricksters got better and better at what they were doing?

In the exquisite play Sideman, the lead character describes the way his father, a jazz trumpeter, could make things up as he went along, reacting in real time to what his bandmates were doing:

Jazz is wondrous lawlessness; so is cubism. Credit default swaps and political break-ins are nothing of the kind. But broken rules are broken rules. What we do with the freedom that results is up to us. 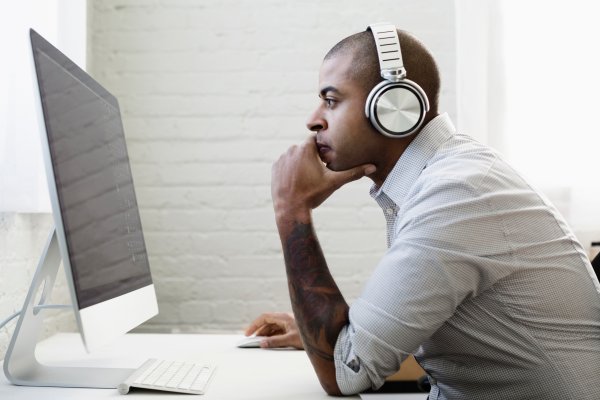