Want to Avoid Movies Where the Dog Dies? This Website Can Help

When watching a movie, can you usually stomach seeing human characters perish, but melt into a weepy puddle of sadness when a dog dies? Then allow this web site—simply titled “Does the Dog Die?”—to be your movie-watching guide.

The site answers what it deems “the most important movie question” by listing hundreds of films and indicating one of three options: No pets die, a pet is injured or appears dead but ultimately lives, or no pets die. Clicking on a film takes you to a more in-depth explanation of what happened to the pet, but then you also run the risk of seeing other plot spoilers.

The site’s creators seem to be adding movies — both new and old — as they go. Films from 2014 that have made the list include Pompeii (a pet dies), Jack Ryan: Shadow Recruit (no pets die!) and Paranormal Activity: The Marked Ones (no pets die again!) Older films include Bringing Up Baby (no pets die!) and Lassie Come Home (spoiler alert: a pet dies.)

So next time you’re trying to decide what to stream on Netflix, do yourself a favor and check Does the Dog Die? first. You can spare yourself unnecessary devastation — or at least grab some tissues and emotionally prepare yourself. 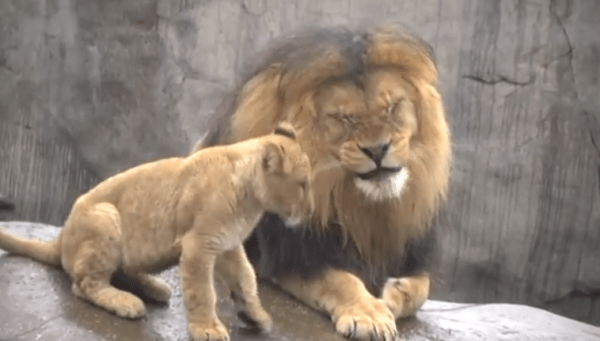 Adorable Lion Cub Triplets Hang Out With Their Dad For the First Time
Next Up: Editor's Pick