Will Japan and China Go to War?

Could Japan and China be on course to military conflict? Asia hands all over the Pacific Rim have recently been forced to contemplate the possibility by the bellicose war of words between Beijing and Tokyo over territorial disputes, increased military spending and a visit by Japan’s Prime Minister Shinzo Abe to a controversial shrine for Japan’s war dead. But even those who game out the direst scenarios tend to add, “Surely not …”

Surely the world’s second and third largest economies have too much to lose from a war, even a small skirmish? Surely the rest of the world (and especially the U.S., the biggest power in the Pacific) would restrain both sides before it came to actual combat? Surely two modern nations won’t allow historical grievances and perceived slights to push them into war? Surely not.

But when Abe met with reporters and editors at the World Economic Forum in Davos this afternoon, he was at some pains to avoid the expression, “Surely not.”

Instead, Abe warned that something entirely unexpected could become the flash point for conflagration. “There may be some conflict or dispute arising out of the blue, on an ad hoc level … or inadvertently,” he said. He didn’t offer any examples, but in a different context pointed out that 2014 will mark the centenary of World War I. That calamity, the gathered journalists needed no reminding, started with an unexpected event: an assassination in Sarajevo.

It didn’t help that Abe offered no plan to tone down the tensions between the Asian giants. “Unfortunately, we don’t have a clear and explicit road map,” he said. It might help, he suggested without much conviction, if Beijing and Tokyo established a “military-force-level communications channel.”

And what would he expect the U.S. to do if the two countries came to blows? Abe skirted past the question of whether he expected Washington to take Japan’s side, but said he was already seeking closer military ties with the U.S.

He did, however, defend his visit to the controversial Yasukuni Shrine. Many Asian countries, including China, say some of the war dead who are commemorated there were war criminals, responsible for horrific acts during Japan’s occupation of much of East Asia. Abe said he was not the first Japanese leader to visit the shrine, and that his predecessors as Prime Minister had collectively visited it 65 times. Critics of his visit simply misunderstood his intentions, he said.

China would have the most to lose from war, Abe suggested, pointing out that conflict would slow the economic growth that the government in Beijing needs to preserve its legitimacy. The Prime Minister made no mention of the cost to his own country, but allowed that a Sino-Japanese war would disrupt the world economy. 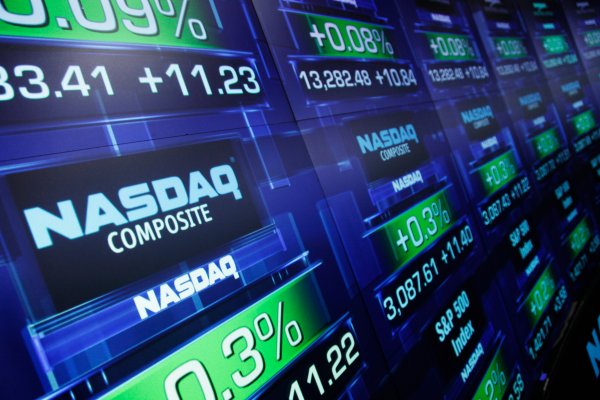 Davos Debate: Are the Markets Safer?
Next Up: Editor's Pick