Russia Turns The Screws On Ukraine With Gas Supply Threat

A rally of Pro-Russian supporters in Sevastopool, Ukraine, March 06, 2014.
Yuri Kozyrev—NOOR for TIME

Moscow ratcheted up pressure on Crimea Saturday by threatening to cut off crucial gas supplies to Ukraine, but the interim government in Kiev remained defiant of Russia’s bare-knuckled tactics and announced Ukraine would not “not give up Crimea to anyone.”

On Friday Moscow brandished its sharpest weapons yet in the crisis. Russia’s state-owned, monolithic gas company Gazprom warned it would switch off gas supplies to Ukraine if the financially strapped country does not pay its bills, reports the Wall Street Journal, and the Kremlin sent clear signals it is ready annex Crimea, inviting the region’s separatist leader to Moscow after Russia’s upper house of parliament pledged to support Crimea’s bid to join the country.

Ukraine’s interim government stood firm under Russian pressure Saturday, saying Russia’s annexation of the region would be unconstitutional and violate international law—a claim that Western leaders have also made. “Crimea is and will be Ukrainian territory, and we will not give up Crimea to anyone,” Ukraine’s acting foreign minister, Andriy Deshchytsia said, the Washington Post reports.

The announced March 16 referendum in Crimea would propose that the predominantly ethnic Russian peninsula secede from Ukraine and join Russia. The Kremlin already effectively controls the territory after invading last week and barricading Ukrainian troops in their bases.

The referendum is “illegitimate and will not have any legal implications for Crimea, for Ukraine, as well as for the international community,” said Deshchytsia.

Tensions remained high in Crimea Saturday, a day after Russian troops attempted to storm a Ukrainian army base before retreating. A team of international military observers was again refused entry to Crimea on Saturday, reports the BBC, and two journalists were attacked and beaten during the standoff. Russian forces fired warning shots as a convoy from the Organization for Security and Co-operation in Europe attempted to enter the peninsula. More Russian troops have been sighted unloading in eastern Crimea on Friday, reports the Associated Press.

Meanwhile, the Russian defense ministry said it was considering backing off of international arms control treaties by halting foreign weapons inspections of its arsenal as a result of US and NATO responses to the crisis. 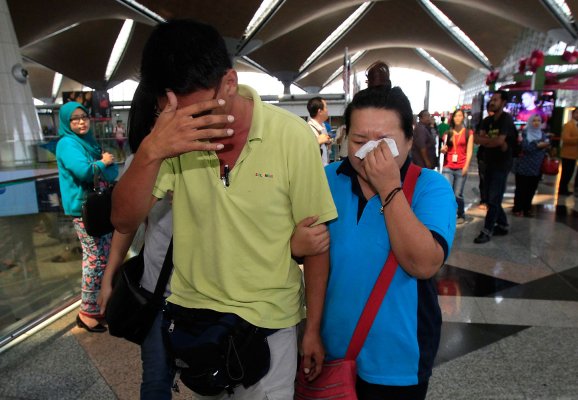 Missing 777 Still Not Found
Next Up: Editor's Pick