Hillary Clinton said before the United Nations on Friday that women’s rights should be a central part of a global development agenda, as women and women’s groups around the world prepared to demonstrate for gender equality as part of International Women’s Day.

Equality for women “remains the great unfinished business of the 21st century,” Clinton said in her headline speech at the UN commemoration of International Women’s Day, which is Saturday. “No country in the world, including my own, has achieved full participation.”

The presumptive Democratic nominee for president in 2016 said that “women and girls and the cause of gender equality” must be the core of the UN’s agenda to promote development around the world, reports the New York Daily News. Last month, Clinton told the UN that “still too many women face far too much discrimination and violence.”

Clinton’s remarks echoed the call of thousands around the world who marched for female equality. In Sydney, Australia, over a thousand women marched Saturday to mark International Women’s day and oppose a proposed law that would greatly restrict abortion rights, making it a criminal offense to destroy or harm a fetus after it reaches 20 weeks, reports the Guardian.

Women streamed into London from across the United Kingdom to commemorate women’s struggles worldwide and protest the UK’s record on gender equality. There were also marches in countries as disparate as Thailand, Pakistan, Kosovo, and France. 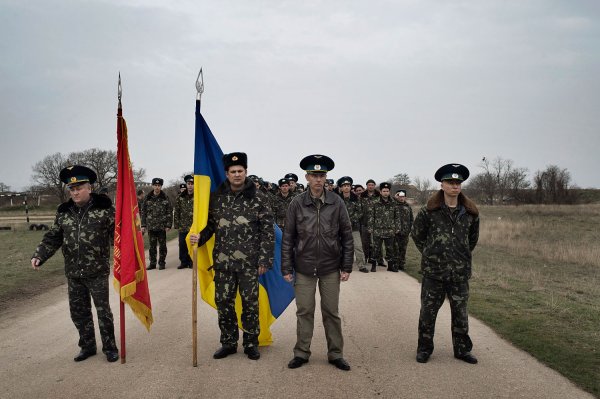 Timeline: Crisis in Crimea Unfolds
Next Up: Editor's Pick