Banning 'Bossy' and 10 Other Notable Attempts At Word Banishment

Sheryl Sandberg, billionaire turned iconic crusader for women in the workplace, wants you to stop saying the word bossy. That five-letter adjective, as her new Lean In campaign explains, epitomizes a double-standard among men and women pursuing leadership roles and should be stricken from our vocabularies forthwith!

But banning words has proved to be a fairly futile pursuit.

The best Sandberg can reasonably expect—and likely what she does expect—is for people to become slightly more aware of themselves when they continue to use a word that dates back to the 1800s, probably just as much as they did before: “There was a lady manager,” wrote Harper’s in 1882, “who was dreadfully bossy.”

Over the centuries, countless activists and officials have proposed that various permutations of the alphabet be blacklisted because they offend or belie. And it turns out that unless you are, say, the President of the United States deciding which words can be used in government documents during your administration, controlling the language used by others is a tall order.

Here is a selection of other banishment proposals:

lesbian: The inhabitants of the Greek isle of Lesbos, the birthplace of poet Sappho, who praised love between women, are known as Lesbians. And some residents, fed up with female homosexuals eclipsing their national identity, tried to ban LGBT groups in Greece from using the word. They lost in court in 2008, despite having made compelling signs with slogans like, “If you are not from Lesbos, you are not a lesbian.”

dinosaur: In 2012, the New York City Department of Education was shopping around for test developers and produced a list of 50 words that they did not want to see on exams, with a district leader explaining that officials were “just making sure that test makers are sensitive in the development of their tests.” Among those non-grata words were dinosaur, fortune-telling, sex and birthday, which do sound like the ingredients for a memorable party, if not academic success.

tornado: The science of forecasting tornados can be traced back to the 1800s, when it wasn’t all that great. In 1883, the U.S. government banned the use the word tornado in forecasts, saying that it was likely to yield more unnecessary panic than anything else. “It is believed that the harm done by the prediction would be greater than that which results from the tornado itself,” a top official said. The ban was lifted in 1886, reinstated in 1887 and lifted again in 1938. Officials then began using that term in messages sent to disaster-relief organizations and the like but didn’t start issuing “tornado” warnings to the public until 1952 … when they were still criticized for inaccurate predictions.

n*gger: The National Football League is currently considering instituting new penalties for players who use this word on the field—a proposition that some black players, who use the word to address one another, have balked at. The NFL comes in a long, long line of organizations that have kicked the n-word to the curb.

selfie: Each year, Lake Superior State University in Sault Ste. Marie, Mich., reveals a list of “Banished Words,” blacklisted for “misuse, overuse and general uselessness.” The word at the top of their most recent list is selfie, which had been named as Oxford Dictionaries “Word of the Year” just a few months prior. Linguists have pointed out that the spin-offs that selfie has inspired—like the felfie—are a testament to its staying power. #SorryLakeSuperior

bitch and ho: In early 2007, the New York City Council passed a (symbolic) citywide ban on the n-word, and later that year a councilwoman introduced a bill that would slap similar bans on bitch and ho, saying the words create “a paradigm of shame and indignity” for women, one perpetuated by frequent use in hip-hop music. She admitted that the ban was completely unenforceable.

quid pro quo: If you don’t know what this Latinate phrase means, that is exactly the point. In 2008, a number of local city councils in the United Kingdom banned the use of phrases like quid pro quo, bona fide, QED, ad hoc and via. Those who wanted to kill the dead language in official documents argued that such language was “elitist and discriminatory,” according to the BBC, particularly for residents who were not native English speakers.

fail: In TIME’s 2013 word banishment poll, 6% of voters wanted to ban the beat-to-death slang term epic fail. In 2005, a group of British teachers took on a much broader sense of the word, attempting to ban determinations of “failing” in schools and replacing them with the concept of “deferred success.” The Education Secretary in turn deferred the success of the initiative.

illegal immigrant: Last year, the Associated Press announced that their reporters would be banned from using the term illegal immigrant, saying it was part of a larger attempt to avoid labeling people. Later that year, city officials in Seattle circulated a memo that went so far as to question the use of citizen in government settings, saying that the “city government serves all residents of Seattle whether or not they are citizens,” according to the local ABC affiliate. That parade was quickly rained on.

housewife: Many women’s groups, like Britain’s Women’s Institute, have objected to the word housewife. But even when all parties agree that it sounds too old-fashioned, like the women have been spackled into the house’s very walls, the problem of finding a suitable alternative raises its head. Women have also balked at stay-at-home mom and tortured contrivances like household technician and domestic engineer.

If Sandberg does beat the odds and succeed in her quest to eradicate bossy, here’s hoping there’s a second phase wherein we see a collection of the phrases that people start using instead. 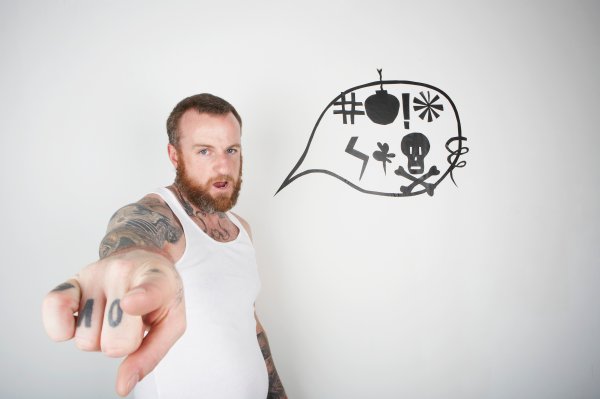 #Cursing Study: 10 Lessons About How We Use Swear Words on Twitter
Next Up: Editor's Pick