You’ve probably seen some neat uses for the Oculus Rift virtual reality headset, like the Seinfeld apartment or 3D Zelda. But I’m not sure any of them can match putting up your dukes and punching some sharks in the face.

Chaotic Moon–the same company that recently whipped up that futuristic Pizza Hut table concept–has turned shark punching into (virtual) reality by slapping a Leap Motion controller onto an Oculus Rift prototype. The player then peers out into the ocean, spinning around and fending off sharks with bare knuckles.

To be honest, it looks a little rough. In the promo video, fists sort of float unnaturally in the middle of the screen, and as Engadget reports, you need to hold your hands higher than usual so the Leap controller can accurately detect them. But those quibbles fade away as the fist makes contact, producing an explosion that could rival the final scene of Jaws.

Sadly, SharkPunch is not going to be a commercial product. It may not be feasible anyway, given that Oculus requires a wired connection to a PC, which would surely cause problems as you spun around the room. (The official SharkPunch setup involves a ceiling-mounted Oculus.) We can only hope this little project inspires someone to create a proper, polished shark-punching experience by the time the consumer version of Oculus Rift comes around. 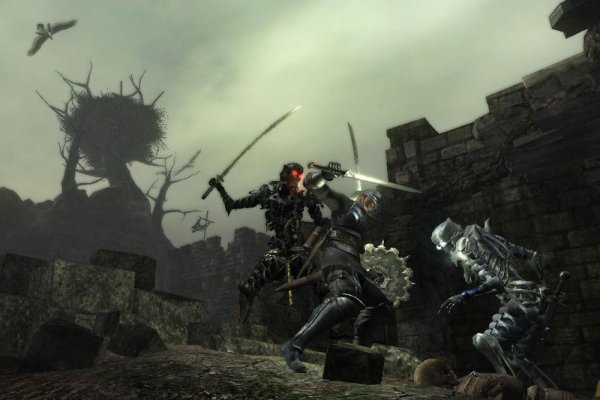