In all likelihood, you didn’t notice that Matthew McConaughey thanked god first when he accepted his Best Actor award for Dallas Buyers Club at the Oscars on Mar 2. After nearly three-and-a-half hours, you could hardly be blamed. And even if you did notice, odds are you didn’t care. But there were some people who did care. They cared very, very much.

Part of the reason people care is that award winners thanking god is far from common at the Oscars. According to the Daily Caller, god has been thanked just 14 times in 100 speeches over the last 30 years. In the last decade, according to Slate, god has been mentioned fewer times than Meryl Streep.

So when McConaughey mentioned god right away, Christians were understandably excited. “First off I want to thank God, because that’s who I look up to. He’s graced my life with opportunities that I know are not of my hand or any other human hand,” McConaughey said after receiving his award. “He has shown me that it’s a scientific fact that gratitude reciprocates. In the words of the late (British actor) Charlie Laughton, who said, ‘When you got God you got a friend and that friend is you.'”

But it seems that there’s at least one writer who is not on board with the idea of McConaughey, a 44-year-old Texas native, being crowned the savior of Christianity in Hollywood. Melissa Edgington, author of “Your Mom Has a Blog,” has declared that the Magic Mike star is not her hero:

This backlash has, predictably, spawned backlash of its own—bad enough that Edgington has had to shut down the comments for her posts on the subject (yes, there was a follow-up). None of this should come us a surprise. McConaughey’s speech was bound to stir up some excitement (and not just for fans of Dazed and Confused), just as it was inevitable that there would be those eager to downplay and reject that enthusiasm. Blameless in all of this, however, is McConaughey himself. Though he did call a future version of himself ‘my hero’ in his acceptance speech, he never declared himself “the next great Christian idol.” And it can be a little bit difficult to seriously trust the opinion of a writer who hasn’t seen the films she’s calling “filth.” Maybe the thing to do in situations like these is take McConaughey’s own advice and just keep livin’. 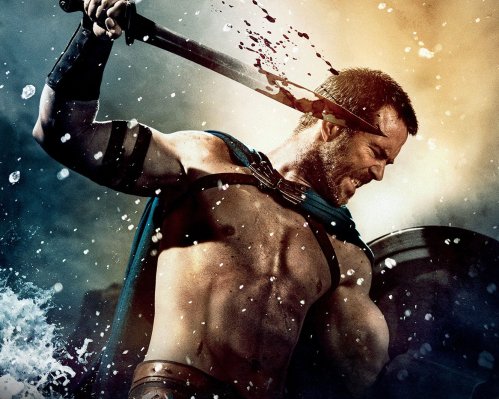 300 Easily Wins the Weekend Box Office
Next Up: Editor's Pick