Ukraine Secession Referendum Does Not Have a 'No' Option

“No” is not an option in the upcoming referendum in Crimea on whether to split from Ukraine.

The Crimean parliament—which voted to put the question to a referendum Thursday, despite opposition from the new Ukrainian government and from the United States—has released the ballot for the March 16 on its website. The referendum gives voters in the autonomous region the option to secede from Ukraine and join Russia, or to return to policies that give Crimea even greater autonomy from Kiev—opening the door to join Russia down the line, the regional English-language news source KyivPost reports. But the status quo is not an option.

Voters are asked to put a check next to one of the questions, and ballots without a check are considered illegitimate.

The measure to join Russia is expected to pass in the majority ethnic-Russian region, NBC reports, especially because the speaker of the Tatar National Assembly, who opposes the measure, has called for a boycott. 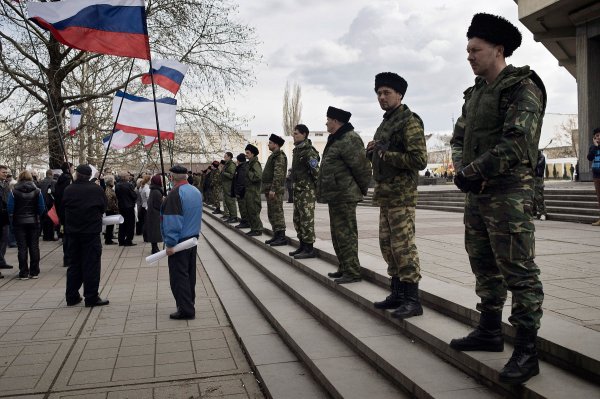