The new music service, which is powered by the Internet radio platform Slacker Radio, boasts 13 million songs and 200 different radio stations. Listeners can customize a station to suit their own taste based not on categories such as genre, overall popularity, and currentness. Like other radio services, users won’t have complete control of their song selection. Listeners can skip six songs per station per hour, according to Bloomberg.

Milk Music will compete with industry leader Pandora Radio, which has more than 75 million monthly listeners, and Apple’s newly launched iTunes Radio, which had attracted about 20 million listeners as of October. Unlike those services, Milk Music won’t have ads for the time being. Samsung’s goal here is likely to keep users within its own device ecosystem rather than generate substantial revenue.

This is not the first time Samsung has used music to help sell smartphones. The company previously launched a Spotify-like subscription service called Music Hub for the Galaxy S3, but it failed to gain traction and recently shut down. Last summer the company spent a reported $20 million to release Jay-Z’s latest album via an app available exclusively on Galaxy phones and tablets. Samsung promises that Milk Music will be offering “unique music programming” from top artists, so expect more promotions with pop stars in the future. 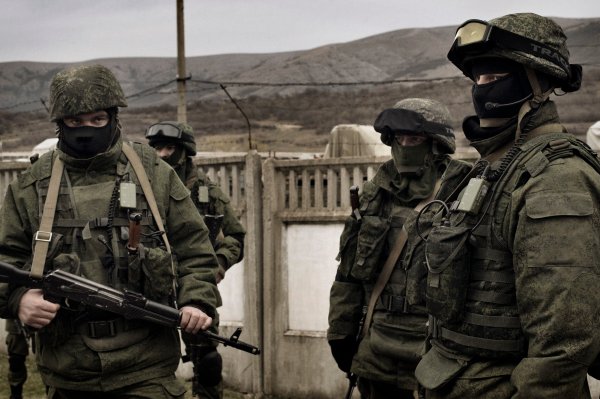 Russia Attacks Ukraine Base
Next Up: Editor's Pick